Nishad jumped 2.06m and was tied with Dallas Wise of USA for the second spot. Both were awarded joint silver 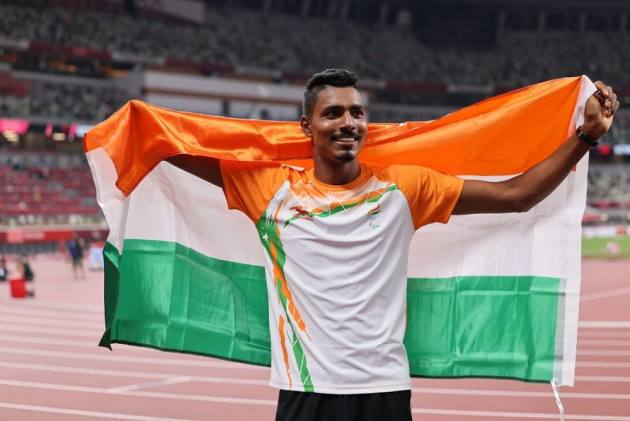 Nishad Kumar of Una, Himachal Pradesh, won the silver medal for India in high jump in the Tokyo Paralympics 2020 on Sunday. This is India's second medal for India on the national sports day. (More Sports News)

T47 class is meant for athletes with a unilateral upper limb impairment resulting in some loss of function at the shoulder, elbow and wrist.

"Absolutely delighted that Nishad Kumar wins the Silver medal in Men’s High Jump T47. He is a remarkable athlete with outstanding skills and tenacity. Congratulations to him," tweeted Prime Minister Narendra Modi.

More joyful news comes from Tokyo! Absolutely delighted that Nishad Kumar wins the Silver medal in Men’s High Jump T47. He is a remarkable athlete with outstanding skills and tenacity. Congratulations to him. #Paralympics

The leap that earned Nishad Kumar that glorious #Silver! ðÂÂÂÂÂÂÂÂÂÂÂÂÂÂÂÂÂÂ

Hailing from Una in Himachal Pradesh, Nishad met with an accident at the age of eight that resulted in the loss of his right hand.

He also contracted COVID-19 earlier this year while training at the SAI Centre in Bengaluru.

Nishad had won a gold medal in the men's high jump T46/47 event at the Fazza World Para Athletics Grand Prix in Dubai earlier this year. He began competing in para athletics in 2009.