No Cristiano Ronaldo In Ronaldo's Favourite Five, Rated Lionel Messi As The Best 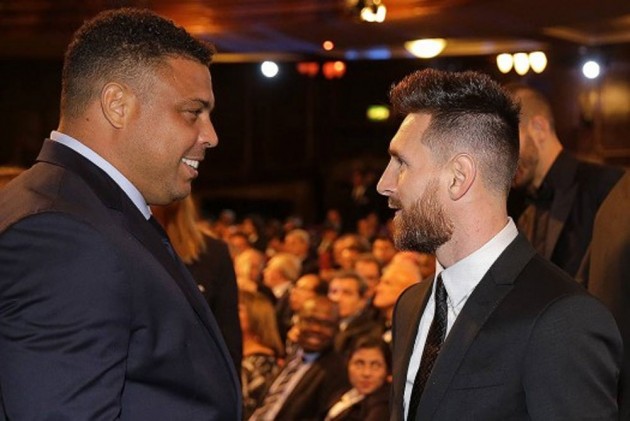 However, Juventus superstar and Messi's arch-rival Cristiano Ronaldo was a notable omission from his list.

"Messi, of course, he is number one, he is a talent that means it will take 20 or 30 years to see something similar," said Ronaldo in an interview with AS.

"I also like Mohamed Salah, Eden Hazard...Neymar, I love watching him play, and of course, Kylian Mbappe," he said.

Mbappe's performances, particularly at the 2018 FIFA World Cup, have drawn comparisons to Ronaldo but the two-time World Cup winner said that he doesn't believe in such comparisons.

"Many people say that he (Mbappe) looks like me. He has a lot of speed, he finishes well, he has great movement, he shoots really well with both feet, he has an incredible stride," said Ronaldo.

"We have similar attributes, but I never liked the comparisons, especially between players of different generations, because the situations are different," he added.