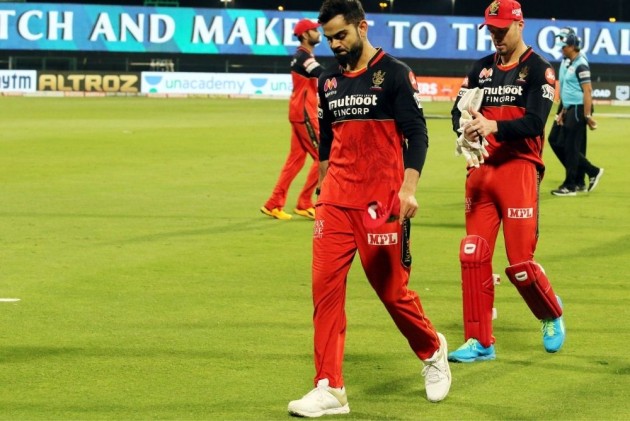 The knives are out and critics are baying for Virat Kohli's blood.

In a pre-season conversation with the media, head coach Simon Katich and director Mike Hesson said that Royal Challengers Bangalore had a 'balanced' side and the potential and run the distance in the Indian Premier League in UAE.

On Friday night in Abu Dhabi, RCB were knocked out by Sunrisers Hyderabad. In a low-scoring match, Kohli's team paid the price for batting lapses and lost by six wickets. (SCORECARD)

Former Kolkata Knight Riders captain and Indian batsman Gautam Gambhir said it was time for Kohli to go as captain. "For eight years, Kohli has won nothing ... he needs to take accountability," Gambhir said in ESPNCricinfo.

RCB were on cruise mode in the first half of IPL 2020. The 'balance' was working fine as Royal Challengers Bangalore found a young performing opener in Devdutt Padikkal.

In the business end of the IPL league stage, when the playoff spots were up for grabs, RCB hit a horror patch. They were lucky to make the last-four stage. Sunrisers Hyderabad finished No. 3 after a 10-wicket win against Mumbai Indians. David Warner's side was suddenly looking very good. 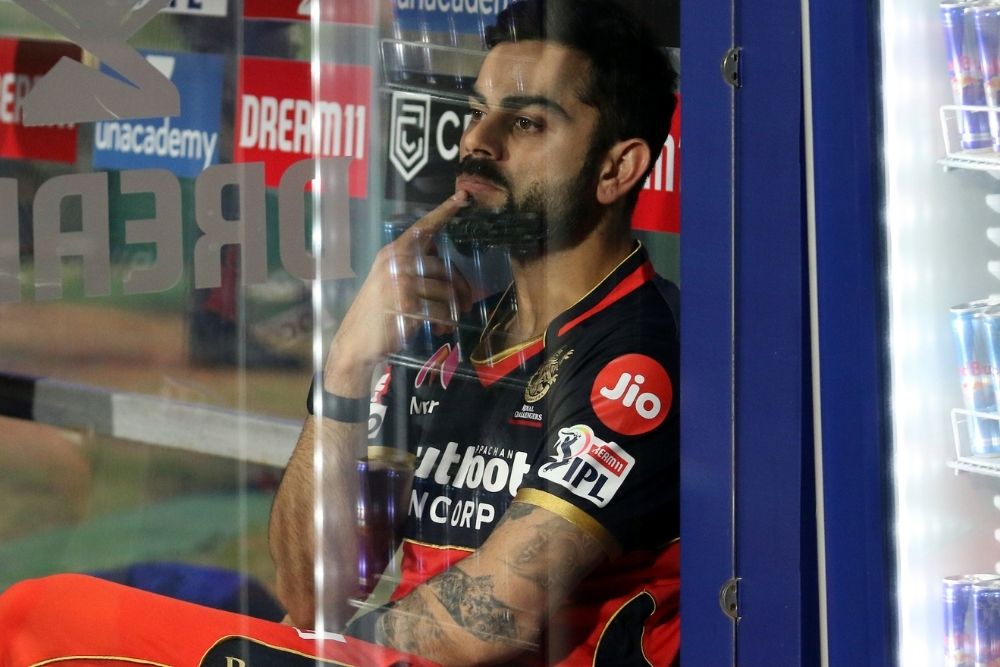 Royal Challengers Bangalore captain Virat Kohli in a pensive mood during the IPL Eliminator match against Sunrisers Hyderabad in Abu Dhabi on Friday. RCB are out of IPL 2020. Photo: BCCI

The combined wisdom and intensity of two international captains -- Jason Holder and Kane Richardson -- ensured SRH's passage to the second qualifier against Delhi Capitals on Sunday. (HIGHLIGHTS OF SRH vs RCB)

The six-wicket win may look impressive on paper, but SRH, who have botched up easy run chases earlier in IPL 2020, know how close they were to gifting RCB a win.

All attention turned towards Kohli after Friday's defeat. The first time he decided to open the batting this IPL, Kohli failed and 131 was just not enough to defend. Kohli called the five losses on-the-trot a "strange kind of phase," but that was no excuse.

Kohli's post-match chat with the commentators was 'cordial.' Commentators usually refrain from asking 'difficult' questions because there have been times when powerful captains have had their way with cricket officials and broadcasters to get commentators 'banned.'

But Gautam Gambhir fired on all cylinders. Scathing and logically so, the former Indian opener, who once had an on-field spat with Kohli  during an IPL match in 2013, said: "Forget about captain, tell me any other player who would have got eight years and wouldn't have won the title and would have still continued with it. So it has to be accountability. A captain needs to take accountability.

"It's not only about one year, it's not only about this. I have nothing against Virat Kohli but somewhere down the line, he needs to put his hand up and say, 'yes, I am responsible. I am accountable'," said Gambhir.

"The problem and the accountability starts from the top, not from the management nor the support staff, but from the leader. You're the leader, you're the captain. When you get the credit, you should take the criticism as well," Gambhir said.

Kohli has captained Royal Challengers Bangalore from 2013. In eight seasons, RCB have made three playoffs. Having ended IPL runners-up in 2016, RCB ended at the bottom in two of the last three seasons - 2019 and 2017. They were sixth in 2018. 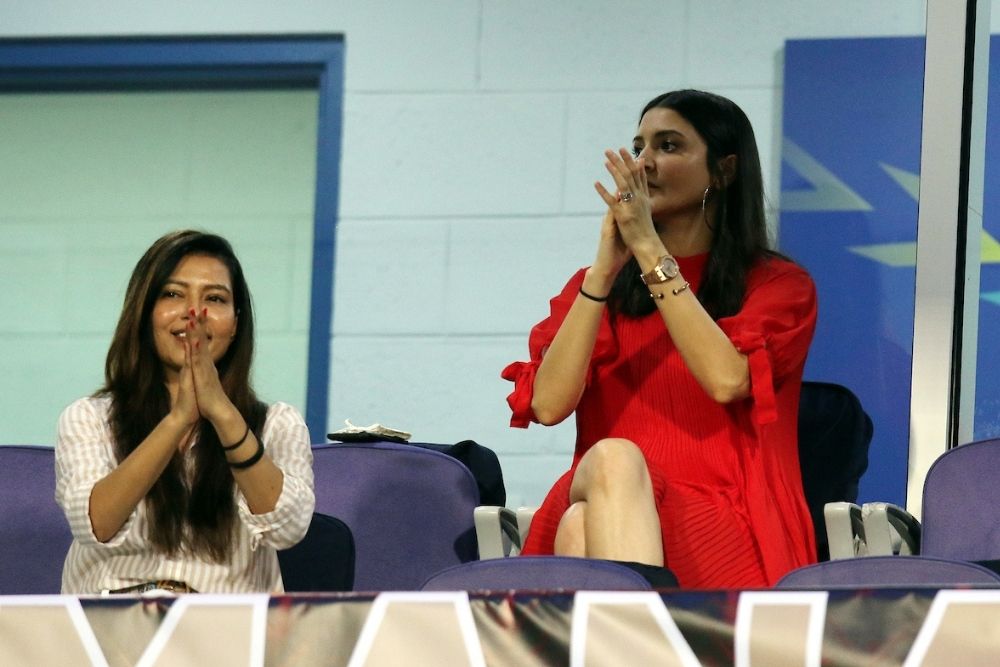 Virat Kohli's Bollywood actress wife Anushka Sharma is omnipresent in the RCB camp. She is expecting in January. Photo: BCCI

Sanjay Manjrekar, a former Test batsman-turned-commentator, was more 'friendlier' towards Kohli. Manjrekar can be quite attacking, but this time, unlike Gambhir,  he said the onus is on the RCB management to decide on captaincy.

"If you want to change the scenario and a change of results, you've got to change the captain. But I'm not expecting Virat Kohli to put his hand up and say, 'I have not delivered'. I want the owners to do their job," said Manjrekar.

Kohli certainly ran out of Lady Luck, too. His expecting wife Anushka Sharma was wearing a bright red top on Friday but there was nothing colourful about RCB's performance. The defeat against SRH rounded-off another disappointment campaign for RCB.

Kohli, of course, will find more 'balance' in the team that he is leading to Australia next week.

Captaining KL Rahul, Shikhar Dhwan, Hardik Pandya et al is not the same as leading RCB. Here the accountability will surely count and the BCCI selectors, who can be really bossy, may not be as gracious like the RCB officials.