No Risks Should Be Taken: Matthew Hayden On India-Australia Series

A series of bilateral tournaments and franchise cricket, including the Indian Premier League, have been postponed and with the surge in COVID-19 cases, the chances of cricket resuming in the near future are grim 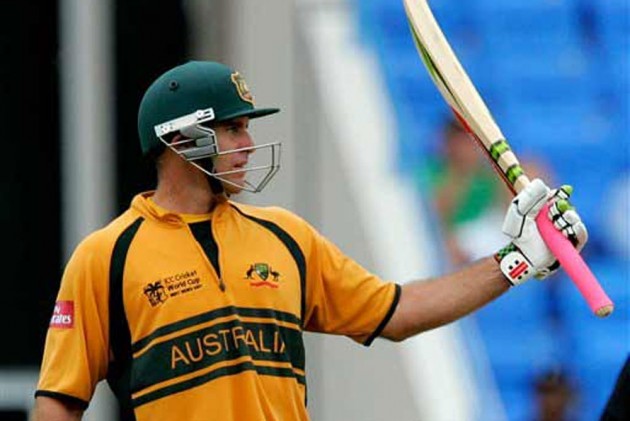 The entire cricket calendar has been on a standstill since mid-March following the outbreak of novel coronavirus which has so far claimed more than 3 lakh lives across the world. A series of bilateral tournaments and franchise cricket, including the Indian Premier League, have been postponed and with the surge in COVID-19 cases, the chances of cricket resuming in the near future are grim.

"It's very difficult to see any live cricket happening at the moment. However, in Australia, we have largely remained unaffected by COVID-19. I will imagine the ICC will be taking all necessary precautions to ensure that not only the players are safe but the spectators are also safe if at all the T20 World Cup does take place," Hayden told IANS.

"The current situation in Australia is that a person is not allowed to travel in between borders, there's very little movement of people. So, at this stage its very hard to see any kind of global tournament proceeding," he added.

According to Hayden, who is now a commentator for the online cricket game World Cricket Championship (WCC), people do want to see live cricket but that can only happen only if there are no medical risks involved for both players and the spectators.

"We do want to see live sport when it comes around to the backend of the year when the world is back to its feet.

"It will be a really good sign that the world is moving forward if the global cricket tournament can go ahead. So, my fingers are crossed that it does happen. But I am sure it won't happen if there's any medical risk to players and spectators," said the former left-handed batsman.

After the T20 World Cup, India are scheduled to tour Australia for a four-Test series and three ODIs. It is expected that Cricket Australia will suffer a loss of almost 300 million dollars if the tour is cancelled.

Speaking about the 13th IPL edition which currently stands postponed, Hayden believes the lucrative league can be held without the participation of foreign players if the need arises.

"Certainly the IPL could take exist without foreign players. I think it would be a product that is being compromised naturally because foreign players do add a lot to the IPL. They raise the level of awareness and excitement among fans. Getting nations together has infact made IPL the fun that it has been.

"But in conditions like this, it could go on without foreign players and it should go on if all health issues have been uncompromised and the game can proceed in clean stadiums."

Hayden further said that if it's not possible to stage the tournament in India, it can be held in other nation like Sri Lanka where a city like Colombo has three or four international venues -- provided all necessary health precautions are taken care of and there's no risk to the players, support staff and the broadcasting team that would be travelling.

Also, now with IPL getting delayed and questions over T20 World Cup, many in the cricket fraternity believe it's the end of the road for veteran M.S. Dhoni as far as India career is concerned. However, Hayden believes Dhoni knows best when to draw curtains on his international career.

"It's always very hard as a personal friend of MS to comment on his career. I think every champion, and I consider MS to be a champion, always know the enough time to put themselves out of the game and not feeling that forced feeling of getting towards the end of the career when the time is ticking.

"I am sure he will make the best decision for himself as he has done throughout his whole career," he said.

One of the talking points of the post-COVID cricket has been the ban over the usage of saliva to shine the ball when the sport resumes in order to stop the transmission of the virus.

However, Hayden believes that if there are so many concerns, the game shouldn't potentially resume.

"If the game needs any saliva rule, I think the expectations would be that it's not just about saliva, it's about sweat, it's bumping into each other -- these are the whole set of circumstances, you have to question that game couldn't be going on if you are worrying about just saliva on the ball. If it's that serious then potentially the game shouldn't be happening," he signed off.