No Vaccination, No Play And Don't Forget About WADA: B Sai Praneeth

The COVID-19 pandemic, which has infected over 30 lakh people worldwide, has halted all sports, including badminton, across the globe with even the Tokyo Olympics being pushed to next year 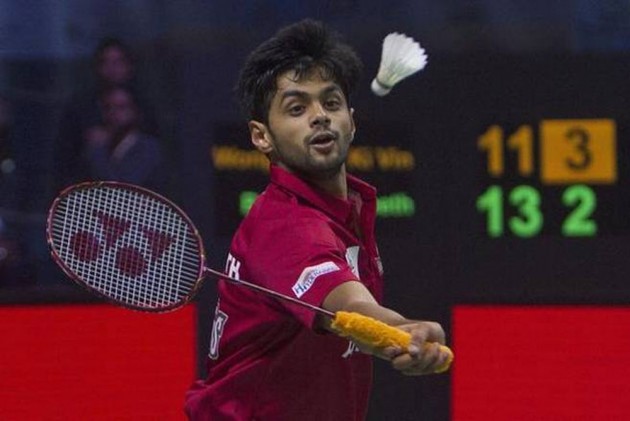 Top Indian shuttler B Sai Praneeth believes a vaccine for coronavirus is an absolute must for the resumption of sports and it must be approved by the World Anti-Doping Agency (WADA) so that athletes are not adversely affected.

Tennis star Novak Djokovic had recently said he is opposed to a compulsory coronavirus vaccination.

"I have no such concerns but it shouldn't affect sportspersons, like the vaccination shouldn't have drugs which are banned," Praneeth told PTI.

"WADA may also consider that...If there is no performance enhancing drug in it then they can put that in the list and consider that. Logically, I don't think the medicine in the vaccination will have any impact on performance of athletes," he said.

The COVID-19 pandemic, which has infected over 30 lakh people worldwide, has halted all sports, including badminton, across the globe with even the Tokyo Olympics being pushed to next year.

While the International Olympic Committee (IOC)'s coordination commission head John Coates said a vaccine is not necessary for the Tokyo Olympics to go ahead next summer, Praneeth doesn't see global sports events returning unless one is found.

"See without vaccination, it will still be scary even if things get back to normal. As sportspersons we travel a lot, and now we will be scared to travel to China, Korea which host a lot of tournaments," he said.

"Not only China, people have been contracting the virus in airports, so we will have to wearing masks, use sanitizers, keep away from others. In flights, we can't practice social distancing.

"While playing, you can't avoid touching the shuttle, which will be touched by players and umpires. Sometimes you take off you shirt, you wipe your face, or use napkins, you can't be so aware all the time. So if there is a vaccine, people can be a bit relaxed, but without it, I don't see badminton resuming."

The Badminton World Federation (BWF) has suspended all tournaments till July due to the escalation of the coronavirus outbreak and Praneeth feels there won't be any tournament this year.

"I don't believe this year there will be any tournament. Till September, no way. It has to start after everything comes under control. Now human trials have just started (reportedly) but it will take time because they have to get it approved and then produce for the whole world.

"Also there have been cases where people once cured after few months, have again developed symptoms, so there is still a lot of uncertainty."

Confined to the four walls due to the lockdown, Praneeth said it will take at least six weeks to get back to match fitness.

"...because we will be starting from zero. We have to get our muscles strong, get endurance back only then you can start. Otherwise without strength and mobility, you will get injured if you play strokes such as jump smashes and all. So it will take time," he said.

While courts have been out of bound for Indian shuttlers, some players in other countries have already started practising, according to Praneeth.

"Some countries have already started playing and practising like Chinese Taipei. From May, Japan will start playing.

"I think we will be the last country to resume playing. But there is no point thinking about this because there is no clarity right now about the schedule and Olympic qualification," Praneeth said.

"I'm relaxed. As of now, I am the number one from the country to qualify for Olympics, so I believe there will be some advantage," he added.