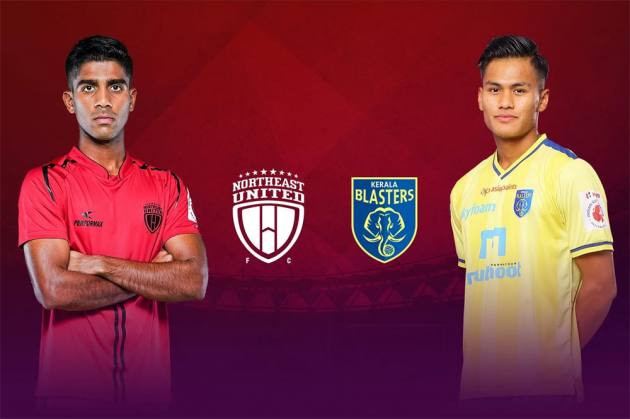 For the first time this year, 2020, Guwahati will host an India Super League (ISL) match with NorthEast United taking on Kerala Blasters at the Indira Gandhi Athletic Stadium on Friday. But the match well ends up being an inconsequential encounter in the larger scheme of things, for the league.

Mathematically, NorthEast United FC can still make it to the ISL play-offs but will need to do too much in the remaining games, starting with a win against Kerala Blasters. But the visitors are already out of the top-four contention.

NorthEast United have 11 points from 13 games and are ninth on the table. They can still make it to the top four, if they win all their remaining five matches. But for a side which has won just two of the games so far, winning five in a row could be a difficult ask. That may still not be enough as they will need teams above them to drop too many points.

Last year's semi-finalists, NorthEast have been pegged back by the premature exit of Ghanaian star Asamoah Gyan from the competition due to an injury. Since his exit, they haven't scored a single goal in their last four matches.

Jarni might have been tempted to think what might have been had last year's top-scorer Bartholomew Ogbeche continued with them. The Nigerian striker helped the Highlanders make it to their first-ever play-offs last season but parted ways in the summer to join Kerala Blasters along with Dutch coach Eelco Schattorie.

Ogbeche has been in prolific form with 11 goals for the Kochi-based side and has also netted seven in the last five outings. Such has been the impact of Ogbeche's departure from NorthEast that the striker has more goals to his name this season than what the Highlanders have collectively scored.

Neither Ogbeche nor Schattorie - who coached NorthEast last season -- have had any cause to celebrate at Kerala. The former finalists were within a fighting chance of making it to the top-four but those hopes evaporated after they were grounded by Chennaiyin FC 6-3. Kerala have now conceded 12 goals in their last three matches, including six at home during the last game.

Schattorie will continue to be suspended for the clash against NorthEast United. But, there is some good news for Kerala as Moustapha Gning and Vlatko Drobarov are back in contention for a start after serving their suspension.