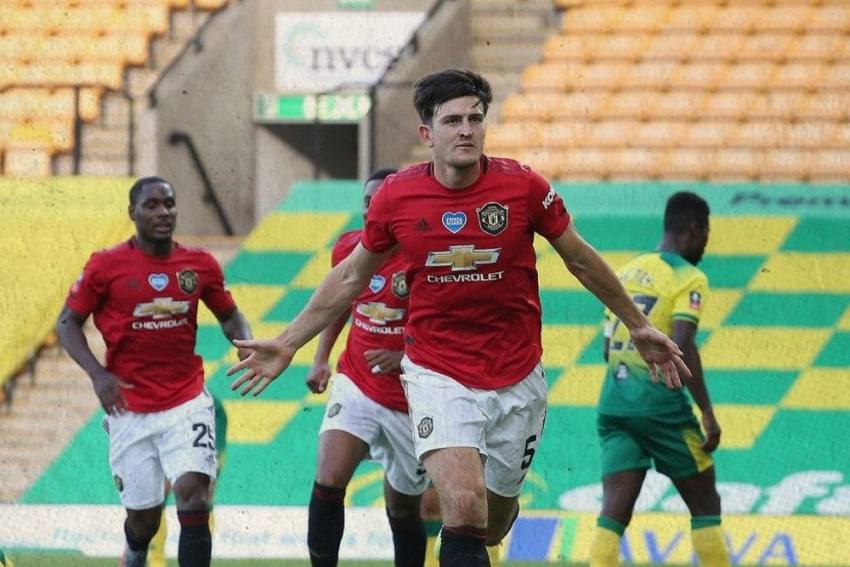 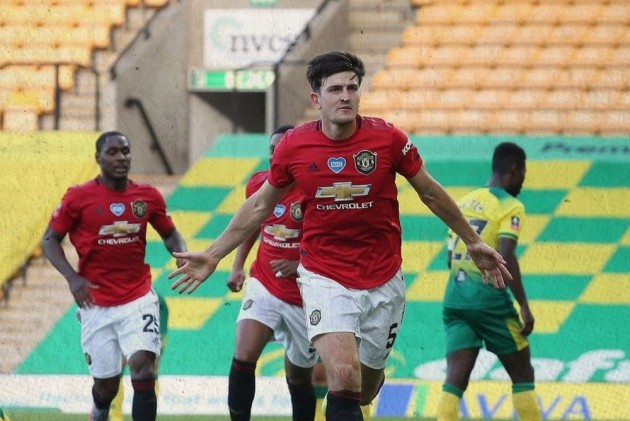 Norwich took the contest to extra time despite seeing Timm Klose receive a straight red card in the 89th minute.

The game looked destined to be decided by penalties but Maguire popped up in the 118th minute to book United's place in the last four at Wembley.

The first half was most notable for Maguire blocking a goal-bound Lukas Rupp effort, but both teams emerged from the break with greatly improved intent and Ighalo broke the deadlock with a clever show of improvisation.

Norwich responded well to going behind, though, and Cantwell superbly restored parity with a swerving long-range drive that beat the dive of Sergio Romero.

Yet their hopes of a cup shock were dealt a substantial blow when Klose correctly saw red for holding back Ighalo as the last line of Norwich defence just outside the area.

Norwich were again grateful to Krul in the 22nd minute of extra time as he clawed away a Maguire header and then turned behind a fierce effort from Bruno Fernandes.

However, Krul was finally beaten for a second time as Maguire slid in to convert from close range after Norwich failed to deal with Pogba's ball into the box.

What does it mean? United still on track for double

United are through to their 30th FA Cup semi-final, more than any other club in the history of the competition. While the focus has been on their top-four chase, their narrow victory keeps them on track for a FA Cup and Europa League double.

30 - Manchester United have reached their 30th FA Cup semi-final, more than any other club in the history of the competition. Accustomed. pic.twitter.com/mtJ0UGI3Bu

Their cup run over, Norwich's hopes of salvaging something positive from the campaign look slim. Daniel Farke's men are six points adrift of safety with seven games left.

Eyebrows were raised when United brought in Ighalo on the final day of the January transfer window but he continues to justify that decision.

He has five goals in his four starts - scoring in each of those games - and his intelligent play in leading the line saw Klose dismissed.

Too Klose for comfort

There was no doubt about Klose's red. Having allowed Ighalo to get the wrong side of him, he then denied a clear goalscoring opportunity by holding onto the Nigerian and left Norwich with an arduous task in extra time.

- Manchester United have reached their 30th FA Cup semi-final, more than any other team in the competition.
- The Red Devils have won 11 of their last 13 away games at Norwich in all competitions (L2), winning each of their last four.
-  Ole Gunnar Solskjaer is the first manager to make six substitutions in a competitive match in English football.
- Cantwell's seventh goal of the season ended Man Utd's run of 448 minutes without conceding in the FA Cup, last conceding in last season's quarter-final against Wolves.
-  Ighalo has scored in all four of his starts for Man Utd (five goals), scoring with his first shot in this match, with what was the game's first shot on target.

Three points behind fifth-placed Wolves after their win at Aston Villa earlier on Saturday, United will look to pull level when they visit Brighton and Hove Albion in the Premier League on Tuesday. Norwich's increasingly desperate survival bid next takes them to Arsenal on Wednesday.