Manchester United missed two penalties but still eased to a 3-1 win at Norwich City, thanks to goals from Scott McTominay, Anthony Martial and Marcus Rashford, to end their miserable away run in the English Premier League 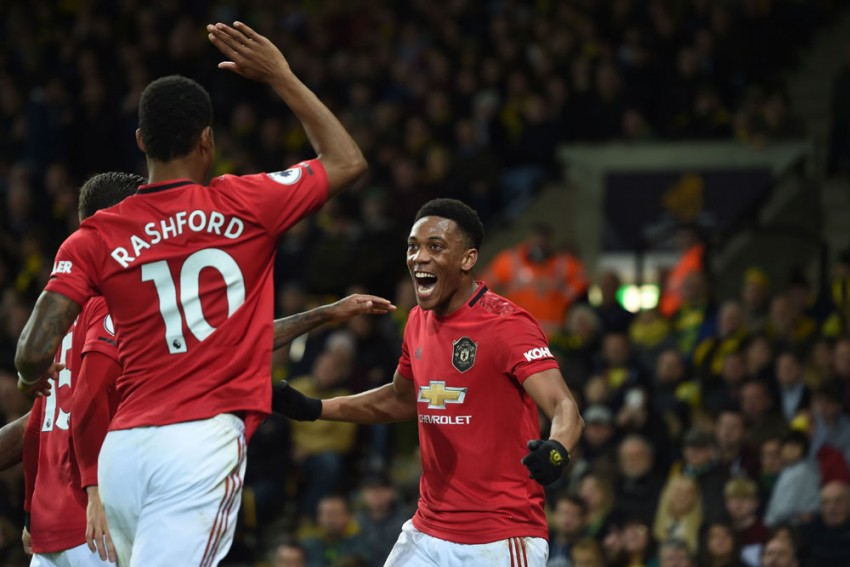 Manchester United missed two penalties but still eased to a 3-1 win at Norwich City to end their miserable away run in the Premier League and move up to seventh. (More Football News)

Ole Gunnar Solskjaer's men had not won any of their eight away league outings since February but were comfortable winners at Carrow Road on Sunday.

Anthony Martial was next to be denied from the spot by Krul but the France forward went on to seal the points for United, with Norwich substitute Onel Hernandez's late strike solely a consolation.

Krul produced a superb save to keep out Martial's header from point-blank range, but United were ahead less than a minute later through McTominay's drilled finish into the bottom-right corner.

The visitors were awarded a contentious penalty with 25 minutes played, with VAR adjudging that Ben Godfrey barged Daniel James inside the box.

Norwich will have felt justice was done when Krul got down to his right to keep out Rashford's weak spot-kick, only for the England international to control James' searching pass and slot home for his 50th club goal in all competitions.

United could have extended their lead before the interval but Krul kept out Martial's penalty, again awarded by VAR after Fred's shot hit Todd Cantwell on the arm.

Martial was not to be denied in the 73rd minute after exchanging passes with Rashford and dinking over the onrushing Krul.

Norwich pulled one back with two minutes remaining when Hernandez took the ball from McTominay, raced through and fired past David de Gea, with Mason Greenwood unable to restore the three-goal cushion in stoppage time.