Former Pakistan cricket captain Imran Khan said it was not the right times to discuss Kashmir issue because the T20 World Cup loss would have hurt Indian sentiments. 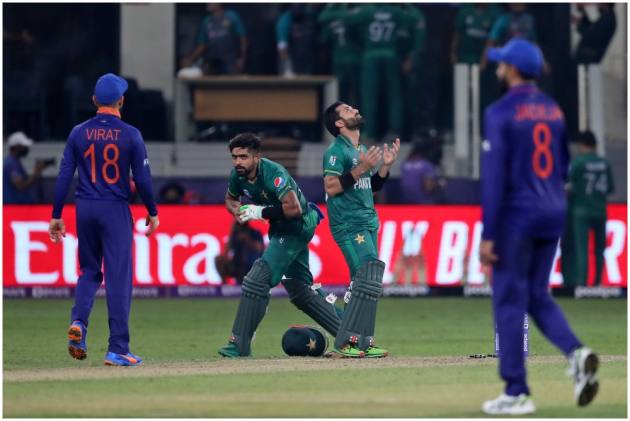 Pakistan Prime Minister Imran Khan on Monday highlighted the need for improving ties with India, but cheekily said that after his country’s victory against the latter in the T20 World Cup 2021 it was ‘not a good time’ for such a conversation, according to a media report. (More Cricket News)

Addressing the Pakistan-Saudi Investment Forum in Saudi capital Riyadh, Khan said that India and Pakistan had only one issue - the Kashmir issue - and urged for resolving it like ‘civilised’ neighbours, Dawn online reported.

“We have excellent relations with China, but if somehow we improve our relationship with India - I know after last night’s thrashing by the Pakistan team in the cricket match, it’s not a very good time to talk about improving relations with India,” he said.

His remarks came a day after Pakistan defeated India for the first time in a World Cup fixture in Dubai. Khan said that the two countries had only one issue - Kashmir, and urged for resolving it like ‘civilised’ neighbours.

Congratulations to the Pakistan Team & esp to Babar Azam who led from the front, as well as to the brilliant performances of Rizwan & Shaheen Afridi. The nation is proud of you all. pic.twitter.com/ygoOVTu37l

‘It’s all about human rights and the rights of the people of Kashmir for self-determination as guaranteed by the United Nations Security Council 72 years ago. If that right is given to them, we have no other problems. The two countries can live as civilised neighbours [...] just imagine the potential,” he told Saudi businessmen.

“This is what I want to impress upon the Saudi business community, that circumstances never remain the same. They always change,” said Khan, who is in Saudi Arabia on a three-day visit at the invitation of Crown Prince Mohammad bin Salman.

Ties between India and Pakistan nose-dived after a terror attack on the Pathankot Air Force base in 2016 by terror groups based in the neighbouring country. Subsequent attacks, including one on an Indian Army camp in Uri, further deteriorated the relationship.

The relationship dipped further after India’s war planes pounded a Jaish-e-Mohammed terrorist training camp deep inside Pakistan on February 26, 2019 in response to the Pulwama terror attack in which 40 CRPF jawans were killed.

The relations deteriorated after India announced withdrawing special powers of Jammu and Kashmir and bifurcation of the state into two union territories in August, 2019. India has told Pakistan that it desires normal neighbourly relations with Islamabad in an environment free of terror, hostility and violence.

Recently, Indian Foreign Secretary Harsh Vardhan Shringla, when asked about the possibility of improvement in India's ties with Pakistan, said unless the basic core issue of terrorism emanating from the neighbouring country is dealt with, “I think we will not see much forward movement in the relationship.”

Highlighting Pakistan's strategic location, Prime Minister Khan said that Saudi businessmen could benefit from what the country has to offer. He mentioned the Ravi Riverfront Urban Development Project and the Central Business District project near Lahore and called for investors to invest in them.

He also mentioned another project along the River Indus with 300,000 acres of fertile land. He said that water was available, but a canal was required to water the land. “All we need is energy to lift that water in a canal and this whole area becomes cultivable."

He said that the project had immense opportunities for both the countries. Earlier, Khan said that Pak-Saudi relationship transcends all others and if Riyadh faces a security threat, Pakistan will stand with the Gulf Kingdom to protect its security.

The event was attended by a large number of Saudi investors and businessmen, key Pakistani business leaders, investors from the Pakistani diaspora, and stakeholders from Pakistan’s private sector based in the Kingdom, the statement said.