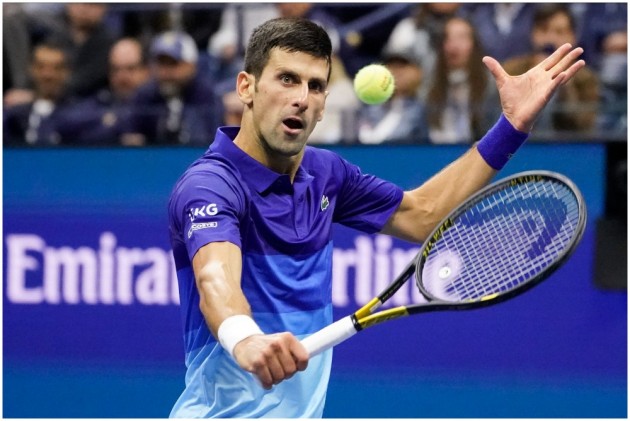 Novak Djokovic remembers just how close Serena Williams came to a calendar-year Grand Slam in 2015 before coming up short at the US Open. (More Tennis News)

He recalls chatting with Williams during that tournament about all that went along with a bid for the rare achievement, which has only been accomplished by two men and three women in the history of a sport that dates to the late 1800s.

After winning the Australian Open, French Open and Wimbledon, Williams was upset in the semifinals at Flushing Meadows by Roberta Vinci. Now Djokovic is a step closer, heading into the US Open final on Sunday against Daniil Medvedev needing one more victory to go 28-0 at Grand Slam tournaments and claim all four trophies in a single season.

No man has done that since Rod Laver did it for the second time in 1969, no woman since Steffi Graf in 1988. (Laver was in the stands for Friday’s semifinals and is expected to be there Sunday, too). As the end line neared six years ago, Williams was not fond of discussing what was at stake, describing herself as “fed up” by constant questions about the true Grand Slam.

“She was very emotional about everything that was going on. I can relate to what she’s been going through right now. I understand it now,” said Djokovic, a 34-year-old from Serbia. “I understand why she wanted to avoid all the questions about it, because in the end of the day, you have to go out on the court and deliver. You’re expected to always win.”

Like Williams, Djokovic lately has sought to limit his discussion of what he is trying to do.
“I’ll be giving it all I’ve possibly got in the tank to win this match. I’m focusing on recovery, recalibrating all the systems, basically, for Sunday,” he said after eliminating No. 4 Alexander Zverev 4-6, 6-2, 6-4, 6-4, 2-6, 6-4 in the semifinals.

“I’m not going to waste time or energy on anything that can just be a distraction and deplete me from the vital energy that I need.”

In addition to the quest to go 4 for 4 at Slams, the No. 1-ranked Djokovic has another milestone in his sights. If he beats No. 2 Medvedev for a 21st career major championship,

Djokovic would eclipse the men’s record he currently shares with rivals Roger Federer and Rafael Nadal. A fourth title on the hard courts of Flushing Meadows would be added to a ninth on the hard courts of Melbourne Park in February, second on the clay of Roland Garros in June and sixth on the grass of Wimbledon in July.

This will be Djokovic’s record-tying 31st Grand Slam final and record-setting ninth at the US Open.

“If you look at the stats, if you look at the pure game of tennis action, he’s the greatest of all time,” Zverev said. “Nobody is there with him, because (he has the) most weeks world No. 1, most Masters 1000s titles, most likely going to be the most Grand Slams, at the end of the day. And he has the chance of winning all four in the same year. How do you compete with that?”

With all in the offing against Medvedev, how does Djokovic prepare to be at his best? “I know we want to talk about history. I know it’s on the line. I’m aware of it. Of course, I’m aware of it. But I’m just trying to lock into what I know works for me,” Djokovic said. “I have my routines. I have my people. I isolate myself. I gather all the necessary energy for the next battle, only the next match, the next match.”

That tunnel vision is essential for him, he says. His mental toughness might be his greatest attribute. “He plays the best tennis when he needs to, which a lot of players don’t,” said Zverev, the Tokyo Olympics gold medalist and 2020 US Open runner-up.

“Mentally, he’s the best player to ever play the game,” the 24-year-old German added. “Mentally, in the most important moments, I would rather play against anybody else but him.” Djokovic, naturally, loves that assessment.

He built that reputation by coming through when it matters the most, regardless of what deficits he has to deal with. Djokovic’s win over Zverev made him 36-10 in five-setters for his career and was his fourth victory in a row — 10th in a Grand Slam match this year — after dropping the opening set.

“Players know there’s a never-die spirit with me, especially when I play Grand Slams. They know that until the last shot, things can turn around, which was the case in several occasions throughout my career,” Djokovic said. “So I’m glad that my opponents think of me that way. I want them to feel that they are under extreme pressure.”

Now it’s Medvedev’s turn to deal with that in the fourth No. 1 vs. No. 2 final in New York in the past 25 years — all involving Djokovic. The match sets up as something of a bookend: It was Medvedev who lost to Djokovic in the Australian Open final seven months ago.

If Medvedev wins, he knows he’ll “probably be in the history books a little bit somewhere, (for) not letting him do this. But I don’t really care about it. I think it’s more about him, that it affects him,” said the 25-year-old Russian, who is seeking his first major trophy.

“From one side, for sure he’s going to feel the pressure a little bit about it,” Medvedev said. “From the other side, that is what is going to make him be even better in tough moments.”