Novak Djokovic Keen To Play In Front Of Indian Fans 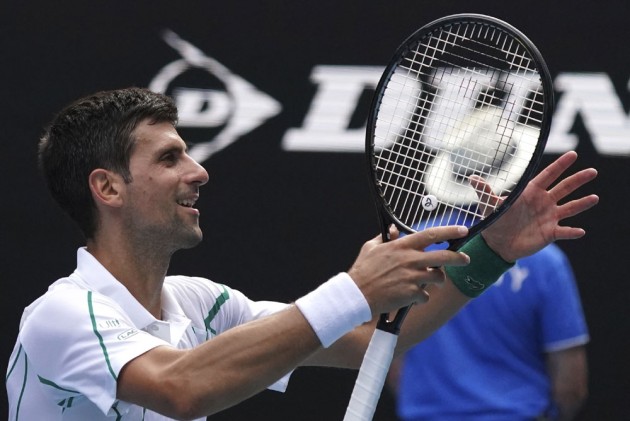 Tennis star Novak Djokovic has expressed interest to visit India soon. Speaking on the sidelines of the ongoing Dubai Duty Free Tennis Championships, Djokovic spoke about his desire to play in India and connect with millions of his fans in the country. (More Tennis News)

He also conveyed his deepest gratitude towards all his fans in India for supporting both him and the sport.

During an informal conversation with Siddhesh Sharma, President - Baidyanath, the tennis player expressed his desire to visit India and play in front of his avid followers, since he enjoyed his experience when he last played in the country four years back.

The Serb also expressed his thirst for more and revealed what keeps him truly motivated. For the tennis star, winning trophies or breaking records is not the only goal.

He shared, the primary inspiration or engine is the game itself, the platform it provides which allows him to develop and enhance his character, to grow as an individual and simultaneously work on the emotional aspects of his being.

He also spoke about how he experiences a release of suppressed emotions during practice sessions and especially during matches, which gives him the opportunity to discover and learn something new about himself.

He believes tennis is the greatest learning institute and above all it is his absolute love and joy for the game and holding the racket in hand that gives him immense contentment.