World number one Novak Djokovic looks set to head to Roland Garros with another trophy under his belt, after making the Belgrade Open final. 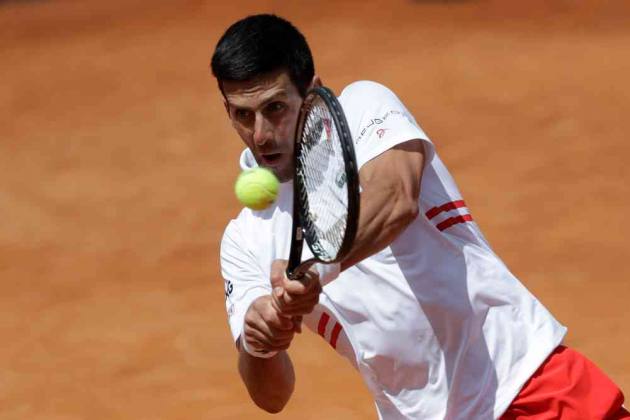 Novak Djokovic survived a second-set fightback from Andrej Martin to seal his place in the final of the Belgrade Open on Friday. (More Sports News)

The world number one looked well placed to cruise to victory after taking just 38 minutes to win the first set 6-1, but qualifier Martin hit back in the second to force a decider.

Djokovic swiftly regained composure, though, with a bagel settling the contest 6-1 4-6 6-0 in his favour, and he will now have the backing of his home crowd as he looks to clinch his third Belgrade Open title and warm up for the French Open in style.

"I'm super excited to play in front of a Serbian crowd. This is my home town," said Djokovic, who previously won at the event in 2009 and 2011.

"I'm always excited, but also nervous, coming out on the court and playing in front of my home crowd. It's a very unique feeling. You feel a lot of pressure and expectations. But I'm just happy to fight for a trophy.

Racing to the finish line

"I thought I started and finished the match really well, so I'll try to take those positive feelings into tomorrow's final. I also had some letdowns in concentration towards the end of the second set, and I'll try to correct those mistakes for tomorrow."

Standing in the way of a second title of the season for 34-year-old Djokovic is another qualifier, Slovakian Alex Molcan, who came from behind to beat Federico Delbonis 4-6 6-4 6-4.

At the Emilia-Romagna Open, Sebastian Korda, who has yet to drop a set this week, triumphed in an all-American semi-final contest, beating Tommy Paul 6-3 6-3 to reach his second Tour-level final.

Korda's win sets up a final against Italian Marco Cecchinato, who is aiming for his fourth career singles title after overcoming Jaume Munar 7-6 (7-2) 1-6 6-1.