Roger Federer will reportedly be seeded above French Open champion Rafael Nadal at Wimbledon, much to Novak Djokovic's surprise. 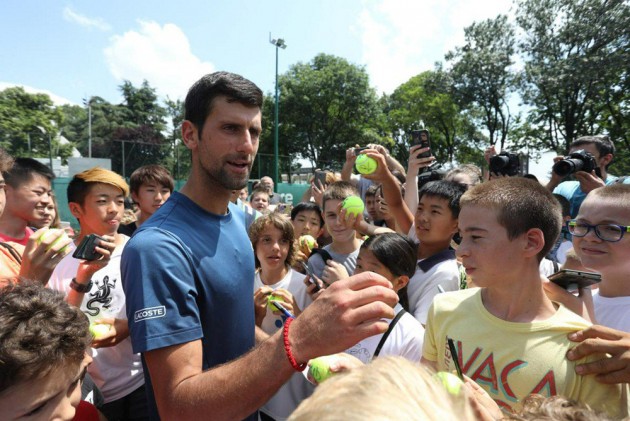 Novak Djokovic is surprised by reports suggesting Roger Federer will be seeded above world number two Rafael Nadal at Wimbledon.

Defending Wimbledon champion Djokovic is expected to be top seed at the tournament, which starts on July 1.

Nadal, who retained the French Open crown at Roland Garros, currently sits behind Djokovic in the ATP rankings, with Federer in third.

However, it seems Federer - an eight-time Wimbledon champion – will be seeded second for the men's draw at the All England Club this year, ahead of two-time winner Nadal.

And while insisting players must respect Wimbledon's seeding process, Djokovic sympathised with Nadal, who earlier on Tuesday branded his potential seeding as "disrespectful."

"Yes, they do. I mean that's their rules and we've got to respect it," Djokovic said when asked if Wimbledon used a different seeding procedure to other grand slams.

"Although it's a little bit surprising to be honest, even though it's Roger.

"I mean Roger is the greatest of all time. And, of course, he's won the most Wimbledon titles of any player in history and if anyone deserves it it's him.

"But at the same time it's [Rafael] Nadal that he's taking over as second seed so it is surprising but it is what it is."