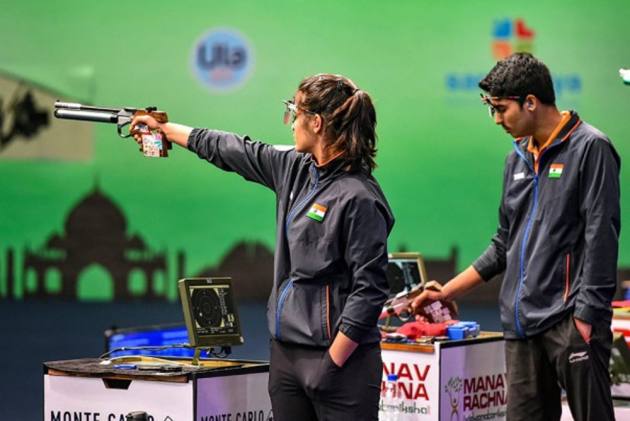 National Rifle Association of India (NRAI), the governing body for the Olympic sport of shooting in India, has finalized its recommendations for this year’s top sports awards including those for the Rajiv Gandhi Khel Ratna, Dronacharya (for the best coach) and Arjuna awards. (More Sports News)

According to Rajiv Bhatia, Secretary, NRAI, “nominations will be sent to the Ministry of Youth Affairs and Sports (MYAS), shortly.”

Moudgil, 26, who started shooting in 2008, is among the first two Indians to have secured quota places in the sport for the Tokyo Olympics. The shooter from Chandigarh earned the quota in the 10m Air Rifle event when she won the silver medal in the ISSF World Cup in Korea in 2008.

Last December, Moudgil won the title in the women's 50m 3P event at the 63rd National Shooting Championship in Bhopal.

The Rajiv Gandhi Khel Ratna award carries a medallion, a certificate and a cash prize of Rs 7.5 lakh.

Bhaker, 18, is a medallist at ISSF World Cup, Commonwealth Games and the Youth Olympics. The prodigious 10m Air Pistol shooter was primed for success at sport's grandest and biggest stage in Tokyo Olympics which was to happen this year, but the unprecedented health crisis intervened and forced a postponement of the Games by a year.

Chaudhary, another teen sensation, smashed the world record to win gold in the season's first World Cup and the country's third quota. The 18-year-old, in the beginning of this year, stamped his class again to win the 10m Air Pistol gold at the Bhopal Nationals.

Rana's exclusion last year snowballed into a big controversy after India's only individual Olympic gold-medallist Abhinav Bindra criticised the selection panel for not finalising the seasoned coach for the Dronacharya Award.

Rana, 43, a multiple Asian Games gold-medallist marksman, is credited to have groomed the likes of teen sensations Manu Bhaker, Saurabh and Anish Bhanwala into world-class shooters.

Dronacharya awards are given to honour eminent coaches who have successfully trained sportspersons or teams and enabled them to achieve outstanding results in international competitions. The award carries a cash prize of Rs 5 lakh.

Commenting on the occasion, Raninder Singh, President, NRAI, said, “Our shooters had an outstanding last season and it was a particularly difficult selection to make this time around. I wish all those recommended all the very best and hope those who could not make it this year, force us to do so next time around with their performances. I believe all are equally talented and will certainly reap rich awards if they carry on the way they have.”