Trent Boult and Colin de Grandhomme have opted out from New Zealand's tour of India due to the prospect of further time in bio-secure bubbles and managed isolation. 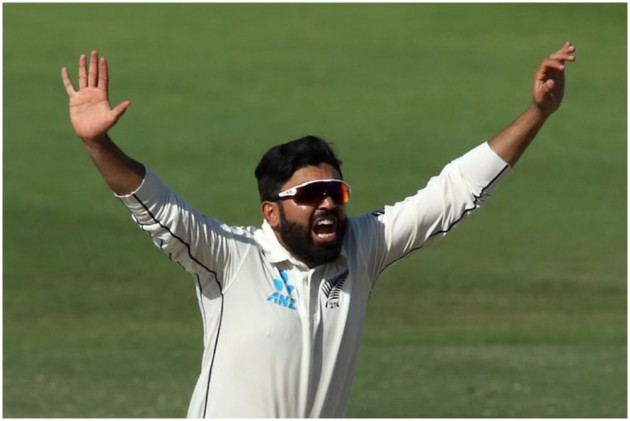 New Zealand have named experienced spin trio Ajaz Patel, Will Somerville and Mitchell Santner for their tour of India later this month, the country’s cricket board announced on Thursday. (More Cricket News)

The spin trio will be supported by Rachin Ravindra and Glenn Phillips as the Kiwis begin their ICC World Test Championship defence.

New Zealand will also play three T20 Internationals on November 17, 19 and 21 against India with the current T20 World Cup squad carrying on for that series.

The five spin options have been included as part of a 15-strong squad for the two Test series, to be played in Kanpur (November 25-29) and Mumbai (December 3-7) where conditions are expected to suit the slower bowlers.

The rest of the squad has a familiar feel with the regular Test top five and Will Young filling the batting positions, and Tim Southee, Neil Wagner and Kyle Jamieson providing the pace options.

Trent Boult and Colin de Grandhomme made themselves unavailable for selection due to the prospect of further time in bio-secure bubbles and managed isolation.

“Trent has already spent the best part of 60 days in hard managed isolation this year, while Colin had been on the road since May until recently returning home from Pakistan,” New Zealand head coach Gary Stead said.

“From talking to both players it was clear the best option for them was to be left out of this Test tour and for them to instead focus on being ready for the New Zealand home summer.”

The India tour marks the first time Phillips has been selected in the Test squad since debuting against Australia as a late replacement in 2020, when the Kiwis camp was struck by illness on the eve of the New Year’s Test in Sydney.

The 21-year-old Ravindra made his New Zealand debut in a T20 international against Bangladesh in September and, although he toured England with the Test side earlier this year, has yet to appear in the longest form of the game.

Patel and Somerville are set to lead the spin attack and have a particularly impressive record when playing together, combining for 28 wickets in their three Tests as teammates: against Pakistan in Abu Dhabi in 2018, and Sri Lanka in Galle and Colombo in 2019.

The India Test series will be the first without wicket-keeping stalwart BJ Watling since his retirement following the WTC final win in England, with Tom Blundell set to take over the Test gloves.

Stead said they’d very much taken a horses-for-courses approach when picking the tour squad. “Touring India is one of the greatest experiences in cricket and I know our guys are really looking forward to the challenge,” he said.

“It’s fair to say we’re expecting spin-friendly conditions and it’s great to have a range of options in this department. The success of our spinners on recent tours to the sub-continent has been encouraging and we hope they can once again feature prominently.

“It’s really exciting to begin the second installment of the WTC and we know there’ll be an extra incentive for all the teams we play following our win in the inaugural competition,” Stead added. The New Zealand-based Test players depart for India on Monday, November 8.