Mitchell Marsh (77 not out off 50 balls) anchored Australia to their first ICC men's T20 World Cup title versus New Zealand. Brathwaite had done the same for West Indies vs England in 1996. 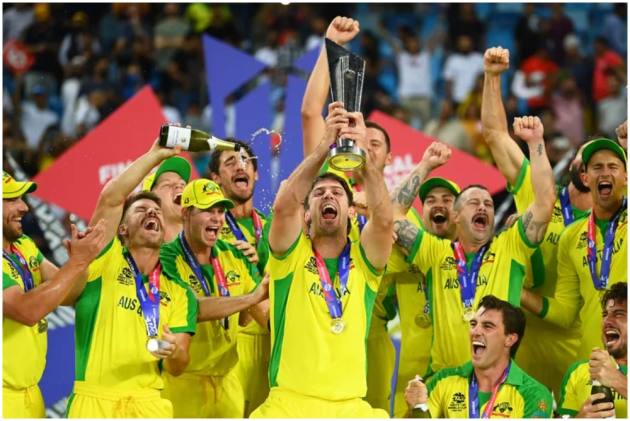 Carlos Brathwaite was the name on cricket fans’ lips at the ICC Men’s T20 World Cup 2016 but five years later, it was another aggressive all-rounder, Australia's Mitchell Marsh, who stole the final show. (PHOTO GALLERY)

It may not have been the heart-thumping finale of Eden Gardens 2016, but Mitchell Marsh’s power-packed second innings exploits in Dubai proved similarly decisive and finally ended Australia’s 14-year wait for an ICC Men’s T20 World Cup trophy.

Marsh’s rise to the summit has been remarkable and is the triumph of hard work, perseverance but put simply: a staggering ability to see ball, hit ball and relentlessly thump brutal boundary after boundary.

Propelled up the Australian T20 order during their white-ball tour of the West Indies this summer, the 30-year-old ‘jumped’ at the prospect of batting No.3 and has taken the newfound responsibility in his stride to help guide them to global glory.

Marsh started as he meant to go on in the Caribbean back in July, striking back-to-back half-centuries in his first two innings in the position to outline his top order credentials with alacrity.

And further knocks of 75, 51 and 45 – twice – against West Indies and Bangladesh saw him arrive at the T20 World Cup 2021 brimming with batting confidence.

Turning it on when it matters on the World Cup stage is a different proposition altogether but Marsh, whose skilful seamers provide a further string to Australia’s bow, delivered in blistering style in the Middle East. 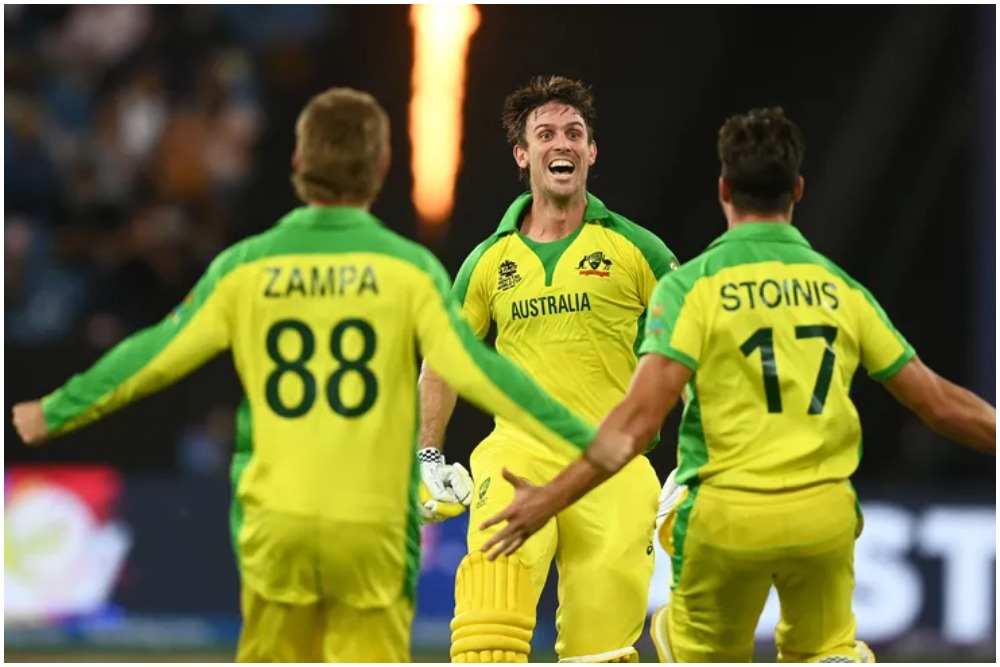 Innings of 53 and 28 against West Indies and Pakistan helped navigate his team to the final but Marsh saved his unequivocal best until last against New Zealand in Dubai.

Kane Williamson’s Black Caps put a competitive 172 for 4 on the board and while the Kiwi skipper composed a masterly 85 of those runs – his 48-ball innings was the fastest half-century in an ICC Men’s T20 World Cup Final – few would have imagined his knock would be eclipsed at the halfway stage.

Arriving at the crease in just the third over after the dismissal of captain Aaron Finch, Mitchell Marsh kickstarted the fireworks in style by hammering Adam Milne for a six with his very first delivery.

And back-to-back fours off the Black Caps seamer soon took his tally to a thrilling 14 off just three balls. Aided by David Warner’s 53 off 38, Marsh soon set about anchoring the Australian innings and there was simply no stopping him by the time the middle overs entered full swing.

The born-again No.3 helped himself to breath-taking maximums off Jimmy Neesham, Ish Sodhi and Mitchell Santner to help bring up a crucial fifty partnership with Warner and leave New Zealand with a mountain to climb.

Warner – crowned Player of the Tournament – was sent packing by a full and straight delivery from Trent Boult but that did nothing to inhibit the majestic Mitchell Marsh, who continued to dispatch the Black Caps attack to all quarters of the Dubai International Stadium.

And that steered Australia to their maiden ICC Men’s T20 World Cup title as the player from Perth perfectly vindicated that faith the selectors had shown in him earlier this year.

Josh Hazlewood had taken an intelligent three for 16 – the joint-best figures for a seamer in an ICC Men’s T20 World Cup Final – to helped restrict New Zealand but there was no doubt it was Marsh who emerged as the star of the show.

Marsh captured the hearts of a cricketing nation in the middle of the Australian night to finally banish their T20I hoodoo, cement his place in tournament history and follow in those storied footsteps of Brathwaite on the biggest stage of all.