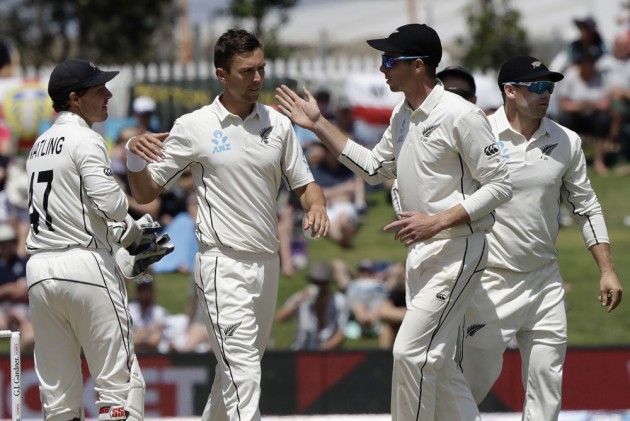 New Zealand have been dealt a double blow ahead of the second Test against England with Trent Boult and Colin de Grandhomme ruled out. (More Cricket News)

Boult will miss the Test, starting in Hamilton on Friday, due to a strained muscle overlying his ribs on his right side.

"Both players will remain at home to rest and begin rehabilitation ahead of the Black Caps' departure for Australia on December 7," the statement read.

Squad news ahead of the 2nd Test against @englandcricket at Hamilton's Seddon Park #NZvENG https://t.co/kaTh7h8a6R

Boult finished with match figures of 1-103 and De Grandhomme 3-56 in New Zealand's comprehensive win in the first Test.

De Grandhomme also made a handy 65 with the bat as the Black Caps claimed victory by an innings and 65 runs.

All-rounder Daryl Mitchell has earned his maiden Test call-up, while Lockie Ferguson and Todd Astle have rejoined the squad.