India captain Virat Kohli, leading from the front, produced yet another stunning piece of fielding to run a New Zealand batsman out 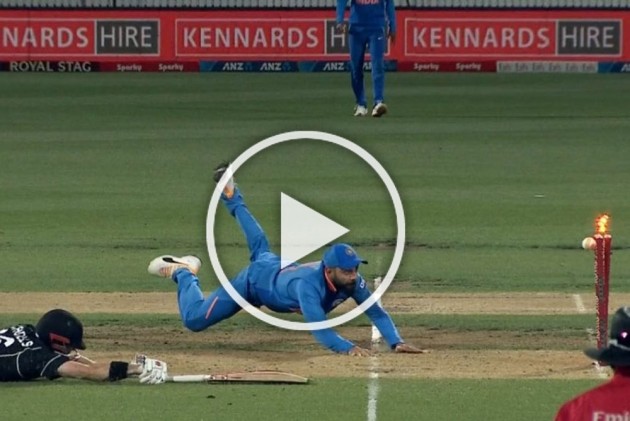 But Nicholls continued to play beautifully. Then, a moment of brilliance from Kohli ended his stay in the middle.

In the 29th over, bowled by Jasrpit Bumrah, Ross Taylor got an inside edge and he responded to Nicholls call for a quick single. But Kohli, fielding at cover, pounced on the ball and hits the wicket at the striker's end with an underarm throw while in the air. The sight reminded of that Jonty Rhodes's 'Superman' run out of Pakistan's Inzamam-ul-Haq during a 1992 World Cup match.

Virat Kohli, you beauty. What an effort to run out Nicholls.#NZvsIND pic.twitter.com/pMW0vrx33X

Kohli reacted even before the Ball touching the ground pic.twitter.com/nIJVTYFbiu

Rhodes' run out is probably the best fielding effort in cricket, but Kohli made sure that he gets a slice of history too.

During the fourth T20I match against the Kiwis, Kohli pulled off a sensational direct hit to dismiss Colin Munro.