NZ Vs IND, 1st ODI: Shreyas Iyer Reveals What Makes Him A Success At No 4 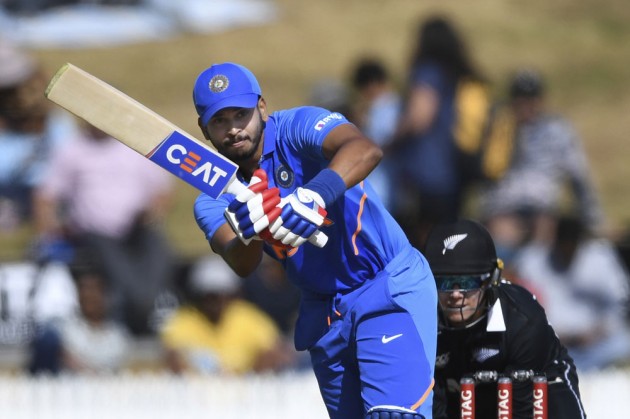 Shreyas Iyer now owns the No 4 slot in white ball cricket but the success has come owing to his flexible batting positions between Nos 3 to 5 for the India A team, where he learnt the art of tackling various match situations. (More Cricket News)

Iyer scored his maiden ODI hundred but India failed to defend a target of 348 against New Zealand in the series opener at Hamilton on Wednesday.

With six half-centuries and a hundred with an average of 48 plus in 16 ODIs, Iyer has had a good time in the Indian middle-order.

"In India A, it's not that I have to bat number four all the time. You keep changing your position depending on what is the situation. I got to manoeuvre my place from 3 to 5, I kept changing (batting order). It's just that we get good practice there and you face different opposition as well so you get used to the atmosphere," Iyer attributed his new-found success to his stint with the 'A' team.

For someone, who had to wait for his opportunity to cement his place in the senior team, the interim duration spent on A tours was important learning curve.

"India A games are always been helpful for me personally because whenever I used to go there, I used to make sure that as many matches I got, I have to make the best use of it and the players and the atmosphere is also amazing. You literally have no pressure," Iyer said about the team which is mentored by NCA director Rahul Dravid.

"And coming from the top arena (senior) to one level below (A team) doesn't make you feel that you are completely away from the team but you always see similar faces around you. I really enjoy that atmosphere like I said," he said.

Iyer scored an eye-catching 103 off 107 balls but Indian bowlers failed to defend a target of 348 with Ross Taylor scoring a match-winning hundred.

"I am very happy but would have been happier if we could have finished the game on a winning note. First of many (centuries) I hope, so I would take this in my stride and try to make sure that next time, I finish on the winning side," Iyer said at the post-match press conference.

The right-hander had a 102-run stand with skipper Virat Kohli and 136-run association with KL Rahul.

Asked about the nature of track, Iyer said:"It was stopping and coming. There wasn't any variable bounce on the wicket. We just decided that we needed to take this phase and build a partnership.

"I'm really happy the way I planned my innings. I was keeping my patience and I had that self-belief that once I cross that certain mark, I will be able to cover up for all the dot balls I faced and I was really happy," he explained his gameplan.

He felt that batting did become easier in the second innings.

"If you see, the wicket had improved quite a bit in the second innings. The ball was coming on to the bat and the dew factor played an important role too in this game. They batted really well, and you have to give them credit.

"If you look at it, 348 is not an easy chase but the way they planned their innings, with one guy anchoring it and the rest playing cameos. Credit to them for the way they scored, and it was a very good win for them," he added.

KL Rahul's blitzkrieg innings helped India continue the momentum after losing Virat Kohli. Iyer and Rahul put New Zealand's bowling to the sword, setting up a tall target, even though it wasn’t enough.

"He has been batting magnificently. The way he is seeing the ball is great. The time he came in and the first six he hit, I literally asked him on the field if he was seeing."

India's fielding let them down once again as there were dropped catches as well as missed chances in the field. Taylor was dropped on 10 not out and the Indian bowling was wasteful in conceding 26 extras.

"Everybody goes through a bad day. I personally feel that we are a very good fielding side and we have to try and hit the target so that we create that momentum on the field. We need to cheer up the bowlers as well as all the fielders have to be there in the game.