New Zealand recorded their highest-ever run chase, 348, riding on Ross Taylor's 84-ball-109 not out and stand-in skipper Tom Latham's attacking half-century as India suffereded their first defeat of the tour 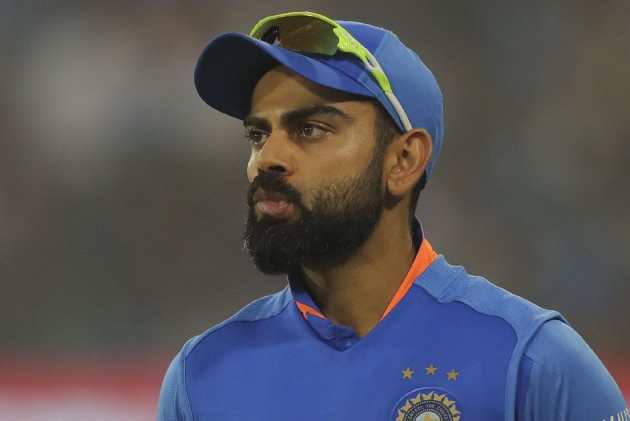 Ross Taylor got the hundred but India captain Virat Kohli said it was Tom Latham's 48-ball 69 that took away the momentum from his side in the high-scoring first ODI against New Zealand at Hamilton on Wednesday. (More Cricket News)

"It was an outstanding performance by New Zealand. We thought 348 was good enough. Ross is the experienced batsman they have but Tom's innings was the one that took away the momentum. Credit to Taylor and Tom," Kohli said at the post-match presentation ceremony.

India were below-par on the field with Kuldeep Yadav dropping a skier and bowlers doing a less than a commendable job.

"Look, we didn't grab onto one chance, but we were decent. Something we need to keep (on) improving. We can't focus too much (on negative things). Today, the opposition played better than us and they deserved to win," Kohli said.

For India, Shreyas Iyer stood out with his maiden ODI hundred.

The Indian captain also seemed satisfied with the performance by debutants Mayank Agarwal and Prithvi Shaw, who gave the team a 50-plus start even though they failed to get big scores.

"I think the debutants gave us a good start and hopefully they continue. (Shreyas) Iyer was outstanding getting his first ODI hundred under pressure, KL (Rahul) again. These are positives for us."