Home  »  Website  »  Sports  »  NZ Vs IND, 2nd Test: Hanuma Vihari Laments Batting Errors, Says None Of India's Dismissals Were Because Of The Pitch

NZ Vs IND, 2nd Test: Hanuma Vihari Laments Batting Errors, Says None Of India's Dismissals Were Because Of The Pitch

Hanuma Vihari, who was very impressive in his 55 off 70 balls, said that he wanted to attack so that Cheteshwar Pujara can play his natural game of grinding the bowling 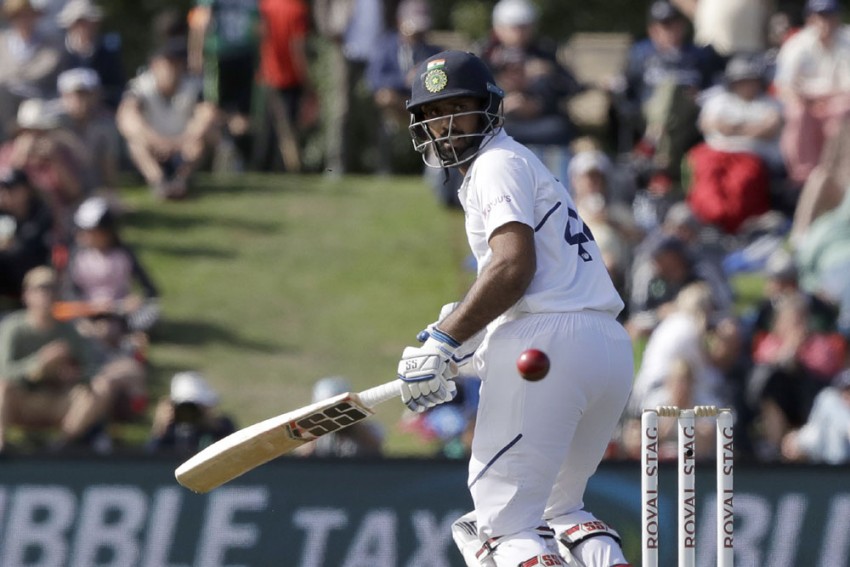 India's Hanuma Vihari bats during play on day one of the second cricket test between New Zealand and India at Hagley Oval in Christchurch, New Zealand, Saturday, Feb. 29, 2020.
AP Photo
PTI February 29, 2020 00:00 IST NZ Vs IND, 2nd Test: Hanuma Vihari Laments Batting Errors, Says None Of India's Dismissals Were Because Of The Pitch 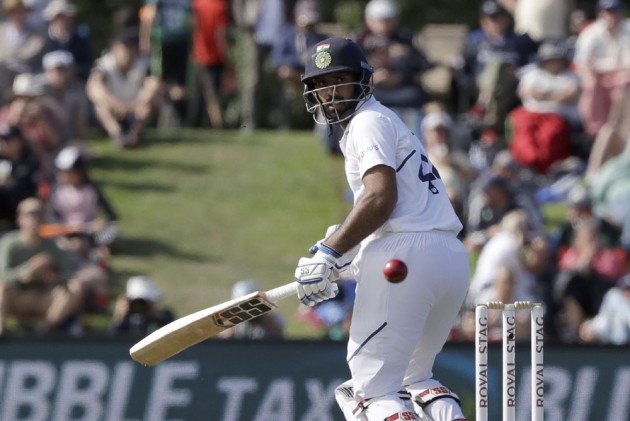 Hanuma Vihari on Saturday said poor shot selection led to India getting bowled out for a below-par 242 against New Zealand on a "fair pitch", dealing a blow to their hopes of a comeback in the two-Test series.

New Zealand were 63 for no loss at stumps on the opening day of the second and final Test at Christchurch.

Vihari, who was very impressive in his 55 off 70 balls, said that he wanted to attack so that Cheteshwar Pujara can play his natural game of grinding the bowling.

"Yes, obviously as the pitch didn't do as much as we expected," Vihari was honest in his assessment of the green top.

"They bowled in good areas and knew what to expect from this track. Prithvi set the tone, Pujara spent time. All dismissals happened at wrong time. None of the dismissals were because of the pitch. Mostly it was because of batsmen's error. Pitch was fair," the dependable middle-order batsman said.

On this track, a total in excess of 300 would have been an ideal first-innings score.

Vihari looked in command while playing the short ball and he said leaving them would have also hampered Pujara's natural game.

Both of them playing a defensive game in the first Test in Wellington cost India dearly.

"As Pujara was playing at one end and I wanted to take that lead and play positively because he is a player who will play for a lot of time. We know that.

"So I didn't also want to take time and put pressure on Pujara or on our innings because if you don't keep scoreboard moving you will get stuck like in the last game. That's why I decided to play positively and take them on," Vihari explained his game plan.

He regretted getting out at the wrong time as his dismissal at the stroke of tea triggered a collapse in the final session.

"It was a wrong time to get out obviously just before tea as we had a good session. We scored 110 runs and lost only one wicket prior to that. I was batting positively but I played one shot too many."

For Vihari, going after the short ball was his decision.

"It didn't go our way on a couple of occasions. I am sure when we get opportunity again we can do it."

Vihari had played an A game at the Hagley Oval and his assessment is that the pitch would flatten out eventually.

"I played an India A game here and that's what I was communicating to my teammates that it doesn't do much after the first session and it really flattens out after that.

"It will slow down on day three and four. It played according to our imagination. It's a fair wicket," he assessed.

"He will get much more bounce than other bowlers and that extra bounce is a factor on these kind of pitches where it is bouncy and much more spongy than Indian tracks.

"To play him on frontfoot balls are more dangerous than back of length or short balls. Jamieson deservingly got five wickets."