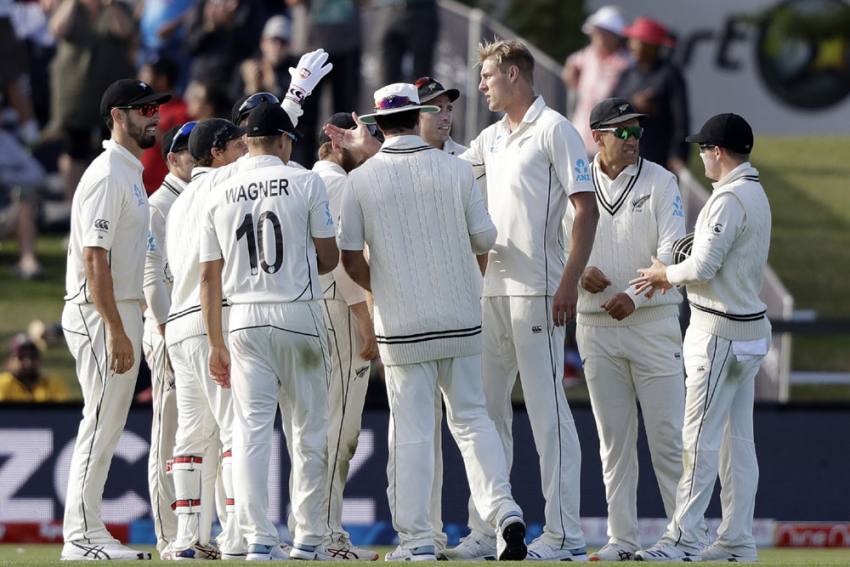 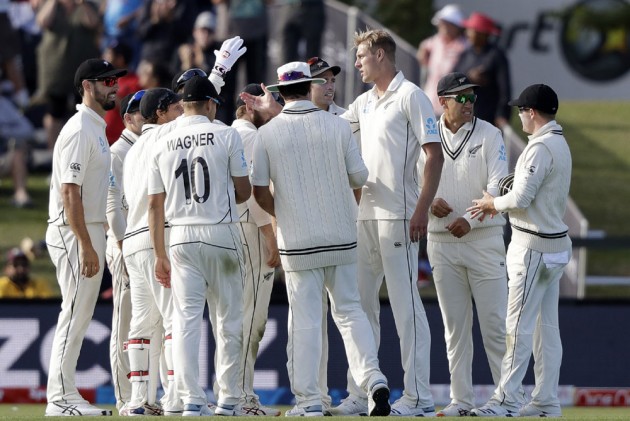 The 6 feet 8 inch Jamieson got his maiden five-wicket haul in only his second Test and his spell post tea was the reason behind India's below-par 242 all out.

"They played a few more shots than what they did in Wellington. I think the pitch probably allowed them to as well.

"While it was still value for shots here, it still probably kept us in the game as well, the way the ball was moving around," Jamieson said after first day's play.

The surface at the Hagley Oval is better for strokeplay and that is why it took some time for the bowlers to hit the right length.

"I guess your margin for where you're trying to land the ball probably gets a little bit smaller. And they did well I think," Jamieson praised the Indian batsmen.

"When we overpitched, they put it away, and if we missed wide, they put that away, so look, it was just about trying to hang in there, and I think as a collective we managed to do that, and had a pretty good day."

The second and third day will be better for batting, reckoned Jamieson.

"In saying that, it's still pretty similar around days two and three where you still get value for your shots and it will probably flatten out a little bit."

"I guess that means that first session tomorrow becomes really crucial, and look, the way both Toms (Latham and Blundell) got through tonight was massive for us, being none down, and hopefully they can start in a similar way tomorrow and hopefully set up the game for us."

NZ Vs IND, 2nd Test: Hanuma Vihari Laments Batting Errors, Says None Of India's Dismissals Were Because Of The Pitch