NZ Vs IND, 3rd T20I: Rohit Sharma In Murderous Mood, Hits Hamish Bennett For 26 Runs In An Over - WATCH 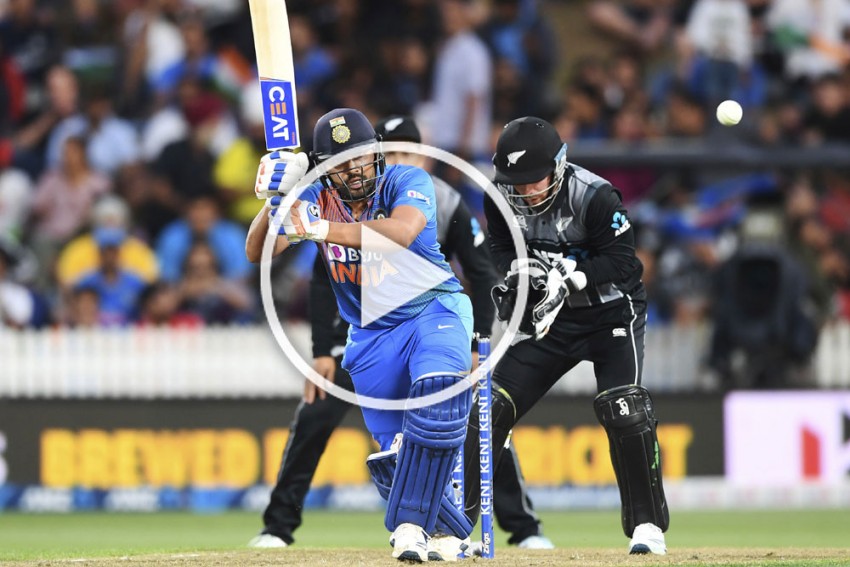 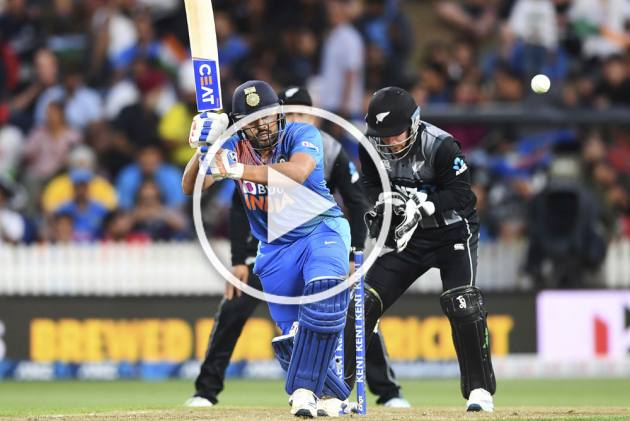 India opener Rohit Sharma hit New Zealand pacer Hamish Bennett for three sixes and two fours as the visitors got off to a flier in the third T20I match at Seddon Park, Hamilton on Wednesday.

Rohit, 32, was was dismissed for single-digit scores in the first two matches of the series, 7 and 8, in Auckland. But the Hitman turned up for the third match.

In the sixth over, his opening partner KL Rahul took a single off the first then, then the Mumbaiker took over in fascinating style. Batting at 24 off 18 balls, Rohit swiveled the second ball for the first six, over backward square leg.

He played a lofted drive to make in two in two. It was followed by back-to-back fours -- first, by playing over the backward point, then with a deft touch to beat the fielder behind square. He finished the over with a third six, over the bowler's head.

And he reached the fifty in 23 balls. This was his joint-second fastest T20I fifty. His fastest came off 22 balls, against the West Indies at Lauderhill in 2016.

He also became the second-fastest opener to reach 10,000 international runs, breaching the mark in just 219 innings. He already holds the record for the most T20I sixes.

But Bennett returned to claim Rohit's big wicket in the 11th over, caught by Tim Southee at long-on. Rohit made 65 off 40 balls. In the same over, Bennett also claimed the wicket of prompted Shivam Dube (3 off 7), caught at at third man by Ish Sodhi.

New Zealand won the toss and opted to field first.

India are poised to win their first-ever T20I series win in New Zealand. Having already won the first two matches, Virat Kohli & Co need one win from the three matches to achieve the feat.