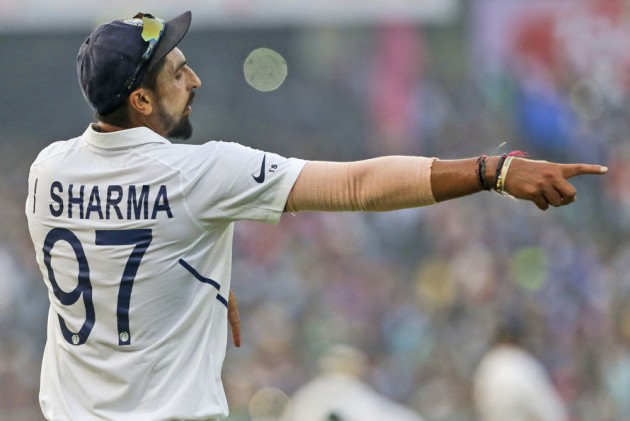 Senior India fast bowler Ishant Sharma on Saturday passed the fitness test at the National Cricket Academy in Bengaluru and will now join the team in New Zealand for the two-match Test series starting February 21.

"Yes, he (Ishant) has passed the fitness test and he will join the team in New Zealand," a BCCI source told PTI on condition of anonymity.

Ishant is expected to fly to Wellington for the first Test.

Ishant termed the injury phase as a "roller-coaster ride" and thanked NCA physio Ashish Kaushik for helping him to recover.

"It was a roller coaster ride for me after the injury on my ankle on the 20th January but with the help of Ashish Kaushik I managed to pull it off! Scans were a little scary, but today I am happy that I am fit ! Thanks Ashish Kaushik! #recoverymode #recovery #postinjury," the lanky pacer tweeted.

On January 21, Ishant -- four short of becoming only the second Indian fast bowler after Kapil Dev to reach the landmark of 100 Tests -- twisted his right ankle while playing for Delhi in a Ranji Trophy match against Vidarbha at the Feroz Shah Kotla in Delhi.

An official from the Delhi and Districts Cricket Association, based upon an MRI scan, had said that the pacer had suffered a Grade 3 tear in his ankle, and been advised six weeks of rest and rehabilitation.

A BCCI source later said that Ishant will again do his MRI to ascertain the degree of tear and decide on his rehabilitation.

Ishant was named in the New Zealand Test squad on February 4 subject to fitness clearance.