Kyle Jamieson ripped through Pakistan's top order as New Zealand edged in front on day one of the second Test in Christchurch. 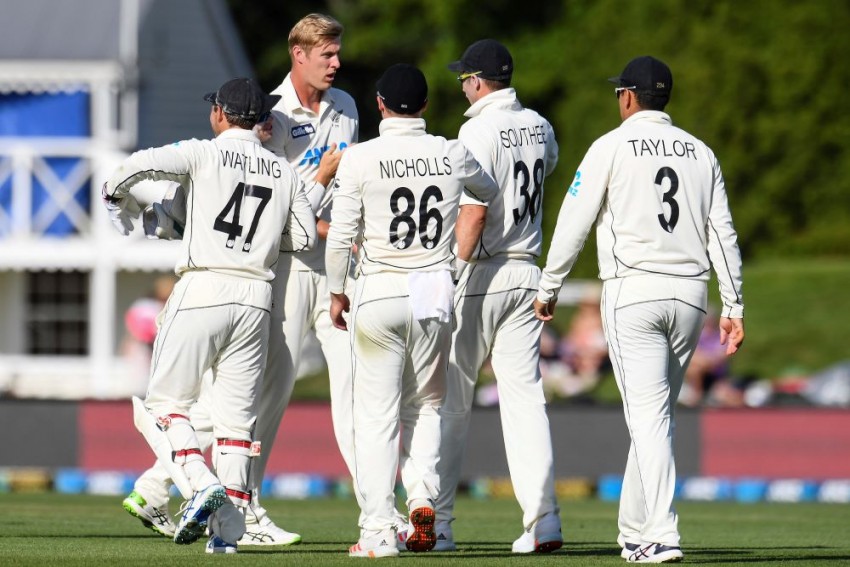 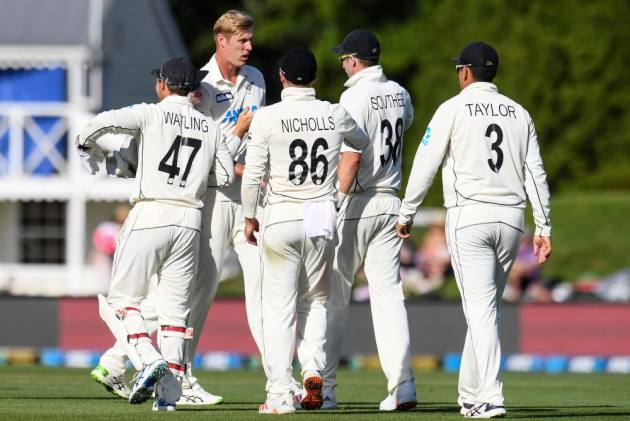 The 6’8” fast bowler grabbed his third five-wicket haul for 69 runs in his sixth Test appearance as the tourists were bowled out for 297 in Christchurch.

Mohammad Rizwan’s side were reeling at 88-4 at lunch after Kane Williamson put Pakistan into bat and Jamieson recorded figures of three for 26 runs in a devastating first session.

Tim Southee made the breakthrough removing Shan Masood for a duck, before Jamieson claimed Abid Ali for 25, Haris Sohail for one and Fawad Alam for two as Pakistan lost three wickets for 17 runs.

He was probing for the outside edge all day, and he's got it now!

Azhar and Faheem Ashraf guided the batting team through the rest of afternoon session as Pakistan added 130 runs to take the score to a finely-balanced 218-5 at tea.

The Black Caps regained control when Matt Henry, replacing the injured Neil Wagner, took the key wicket of Azhar for 93 and Jamieson snared Faheem for 48 to claim his fifth and break into the tail.

But Zafar Gohar added more resistance, scoring 34, before falling victim to Southee and the new ball, before Trent Boult cleaned up Shaheen Afridi for four and Naseem Shah for 12 before stumps was called.

Trent Boult takes the final wicket! Pakistan are all out for 297 on day one at Hagley Oval! Kyle Jamieson with his 3rd five wicket haul in Tests. Figures of 5-69. We will be back with the bat tomorrow in Christchurch! #NZvPAK pic.twitter.com/ZNo9dh0ZiZ