Pakistan's tour of New Zealand for three T20Is and two Test, starting next week, was thrown into doubt when eight of the touring party tested positive for COVID-19, and some breached the health protocols 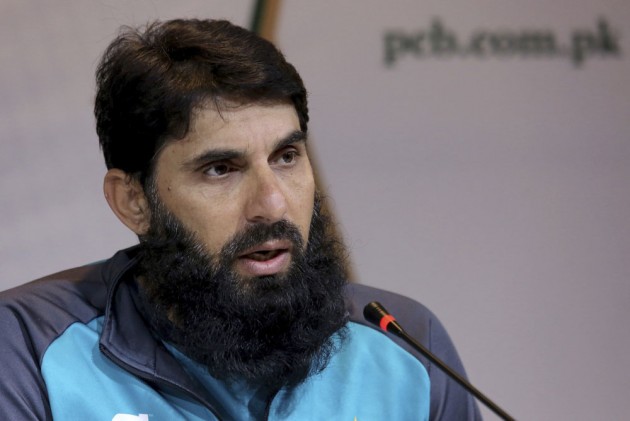 Head coach Misbah-ul-Haq on Friday said Pakistan had discussed with PCB the option of pulling out of New Zealand while they were in managed isolation but the players and officials decided to complete the tour. (More Cricket News)

Pakistan's tour of New Zealand for three T20Is and two tests starting next week was thrown into doubt when eight of the Pakistan party tested positive for COVID-19, and some breached the health protocols.

The New Zealand health authorities had revoked the team's exemption to train in smaller groups after the third day in isolation following the breach.

"Obviously these were not normal circumstances and we discussed with the cricket board options but in the end we decided that now that we have already been in New Zealand for so long we must remain and finish the tour," Misbah said when asked if the option of returning home was discussed while the team was in quarantine.

Having completed their 14-days quarantine in Christchurch, the Pakistan players and officials are now in Queenstown to prepare for their T20 series against New Zealand beginning on December 18.

Misbah said the team is now getting back to normalcy after facing a lot of difficulties in the 14-days quarantine.

He said the situation got worse because of the positive tests and some unintentional minor breaches when the players reached Christchurch.

"We are a bit unlucky we couldn't start training after three days," he said.

"But in the end we have to make up for lost time and we are now on a mission to play good cricket and win here," he added.

The former Pakistan skipper also said that if international cricket has to happen amid the COVID-19 pandemic then players and officials will have to make sacrifices.

"If we have to co-exist with COVID-19 and also ensure cricket is played then all teams have to give sacrifices like we did here.

"We are here to support international cricket in difficult times so that cricket fans and people get to see cricket and some entertainment."

But Misbah hoped that cricket boards would work on how to make life easier for players in coming series if the Covid-19 situation continued in coming months.

"It is a great stress mentally on the players who are the main stakeholders of the sport and from what I know cricket boards are already working on ways to ease things for us."

Misbah feels New Zealand will be tough opponents at home with their battery of pacers but said Pakistan too have a strong bowling attack and they will put up a strong challenge to the hosts.

"New Zealand in their own conditions are very strong as they know the grounds angles and pitches they have advantage. They also have a very good pace attack and some bowlers like Ferguson bowling around 150 KPH," he said.

"But even we have couple of bowlers like Naseem, Hasnain, Haris, Wahab who clock around 150KPH and above and Shaheen (Shah Afridi) is also nippy at his peak. So I think if our batsmen face a challenge against their pace bowlers it is the same for them."

He also said that it will be a challenge for the Pakistani batsmen but hoped they would respond to the challenge.

Misbah also said that he was happy with the progress shown by Babar Azam as captain.

"He will improve and I think we will develop a good understanding and relationship. Easier to work with a captain who is there in all three formats."