Odisha Sports-cum-Tourism Secretary Vishal Dev said besides the 2020 FIFA U-17 Women's World Cup, Bhubaneswar is also the front-runner to host the FIH Olympic Qualifiers in October-November this year if India qualifies for the event. 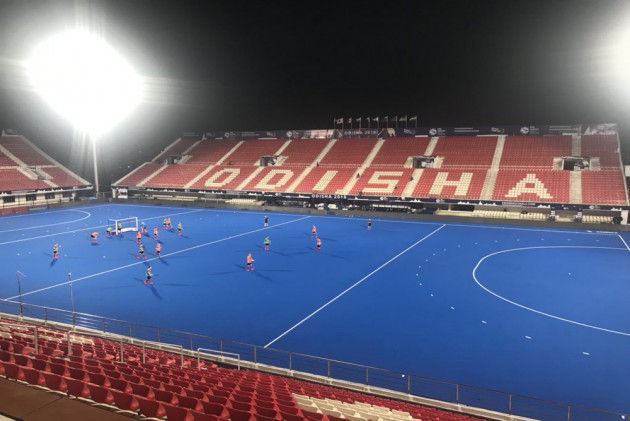 A hockey hub right now, Odisha is now looking to organise international events of other sports as well to eventually become a front-runner city should India's bid to host the Olympics comes through, a top state government official said on Wednesday.

Odisha Sports-cum-Tourism Secretary Vishal Dev said besides the 2020 FIFA U-17 Women's World Cup, Bhubaneswar is also the front-runner to host the FIH Olympic Qualifiers in October-November this year if India qualifies for the event.

"Yes, we have plans to host (hockey Olympic Qualifiers). If we are offered we will definitely host it," Dev told PTI.

"Next month, we are hosting the Commonwealth Table Tennis Championships and in November we are also hosting the Asian Rugby Championships. We also submitted a bid (to AIFF) to host the FIFA U17 Women's World Cup. Hosting international events is our priority," he added.

The Indian Olympic Association President Narinder Batra has recently expressed his ambitious plan to bid for the hosting rights of the 2032 Olympics. Dev said there is no reason why Bhubaneswar can't be one of the host cities for the quadrennial extravaganza.

"Whatever we have done for the sport and the kind of priority we give to sports, we should be one of the venues for hosting Olympics," Dev added.

Odisha was recently battered by 'Cyclone Fani', that caused the state a loss of around Rs 12,000 crores. The devastation also cast a shadow on the ongoing FIH Series Finals here.

"When the cyclone happened the first thing that crossed our mind is whether we can host the event, whether we will be able to give it the due time that it deserves," Dev said.

"We also wanted to pass across a message to the outside world that we are back to business and what better way than to welcome international teams," he added.