Due to travel restrictions because of the ongoing COVID-19 pandemic in India, Australia have opted out of the competition. 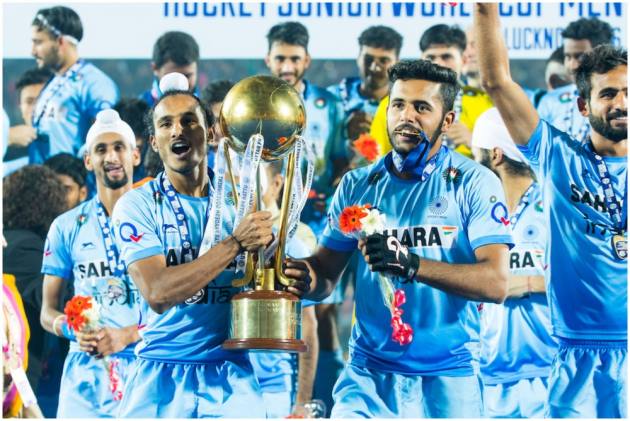 Odisha will host the Men’s Hockey Junior World Cup at the Kalinga Stadium here from November 24 to December 5, Chief Minister Naveen Patnaik announced on Thursday. At a function held here, Patnaik said Hockey India had recently approached the Odisha government to support them for the Men’s Junior World Cup to be held in two months' time. (More Hockey News)

Australia have withdrawn from the competition already due to travel restrictions because of the ongoing COVID-19 pandemic in India.

“It is a short notice for making the arrangement for such an event, especially during the pandemic period. However, since the country’s prestige is at stake, we have readily agreed to host it,” the chief minister said.

“I hope the reigning Indian team will take advantage of the home condition and emerge victorious again,” he said. Patnaik also unveiled the logo and the trophy for the event. Odisha has been a house for major hockey events for some years now.

The state successfully hosted the Men’s Hockey World Cup in 2018 and will also play home to the 2023 edition of the event. The marquee event will feature 16 teams which are Korea, Malaysia, Pakistan, South Africa, Egypt, Belgium, England, France, Germany, the Netherlands, Spain, USA, Canada, Chile, Argentina and hosts India.

“We are delighted that Odisha with their world-class infrastructure are set to host an event of this magnitude. As always, we have been extended full support by the Odisha State Government and the event will be held following all required Covid-19 protocols,” expressed FIH president Narinder Dhruv Batra.