Google CEO Sundar Pichai predicted that the Cricket World Cup 2019 final would be between India and England. 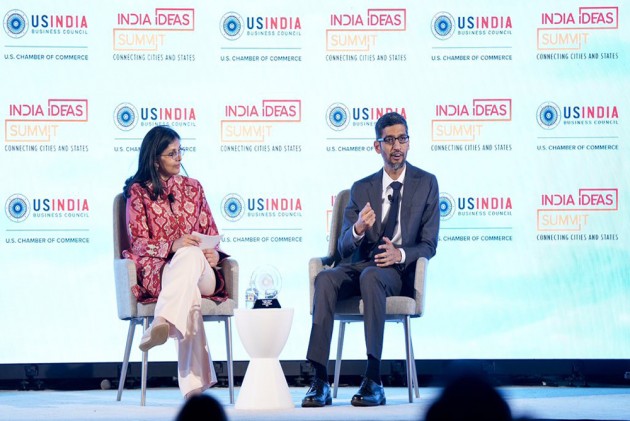 In the second decade of the 21st century, we have reached a point, where Google has become our God, in terms of knowledge. So, you wouldn't believe what the search engine's CEO Sundar Pichai had to say about the ongoing Cricket World Cup 2019. The Indian-American predicted that the finale would be an India Vs England clash!

Speaking to a Washington audience, the 46-year-old expressed his support for Virat Kohli's side; a sign of him still believing in his roots.

Pichai said, "It (ICC Cricket World Cup final match) should be (between) England and India. But, you know, Australia and New Zealand, these are all very, very good teams."

ALSO READ: CRICKET SPECIAL | Australia Still Not At Their Best In This World Cup And That's A Warning To Other Teams: Allan Border

USIBC president Nisha Desai Biswal had asked him about his prediction.

Pichai also revealed that when he first came to the US, baseball was challenging and hard for him. He said, "When I first came here, I tried to kind of adapt to baseball. I have to say it was a bit challenging. In my first game, I was proud because I hit the ball on the back. It's a really good shot in cricket. I was like, well look, what I did. But people didn't appreciate it."

He further mentioned that as in cricket, a batsman always runs with his (or her) bat, so he did the same thing in baseball. "So I also ran between base with my bat as well. So eventually, I realised baseball was a bit difficult. I can adjust on many things, but I'm going to stick to cricket," he said.