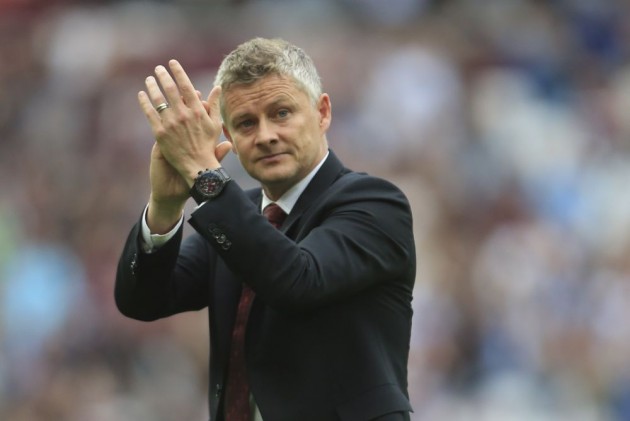 Ole Gunnar Solskjaer said he has a lot of reasons to be confident, despite Manchester United's worst start to a Premier League season.

United's 1-1 draw at home to rivals Arsenal on Monday left the Red Devils with just two wins and nine points from seven matches in 2019-20. (FOOTBALL NEWS)

Scott McTominay's stunning long-range effort in the first half was cancelled out by Pierre-Emerick Aubameyang approaching the hour mark as Manchester United slipped 12 points off the pace.

United have only won one of their past six Premier League fixtures since routing Chelsea on the opening weekend but manager Solskjaer told reporters: "There are many things that give me loads of confidence.

Solskjaer, who was without Anthony Martial and Aaron Wan-Bissaka for the Old Trafford showdown, added: "We didn't get out of the blocks quickly enough at the start of the second half.

"It felt like Arsenal were the more proactive until they scored their goal. I felt we could get a goal at the end and we sent men forward.

"I've been in that situation as a player when you come off and think you could have got more out of a game but we'll learn from this."

United conceded to Arsenal in controversial circumstances after VAR intervened to award Aubameyang the 58th-minute equaliser.

Aubameyang was flagged offside by the assistant but stayed cool to run on to Bukayo Saka's pass to beat United goalkeeper David de Gea.

But the Gabon international had to wait for VAR to overrule the linesman's decision, with replays clearly indicating Harry Maguire was playing Aubameyang onside after Axel Tuanzebe gave the ball away.

"Ashley [Young] certainly holds his hand up," Solskjaer said. "He looks straight at the linesman and maybe hesitates when he could have got a block in. That probably would have helped David [de Gea] but it is no consolation. It's a perfectly good goal for them, the linesman probably should have kept the flag down."