Ole Gunnar Solskjaer Given Time I Didn't Get At Manchester United: David Moyes 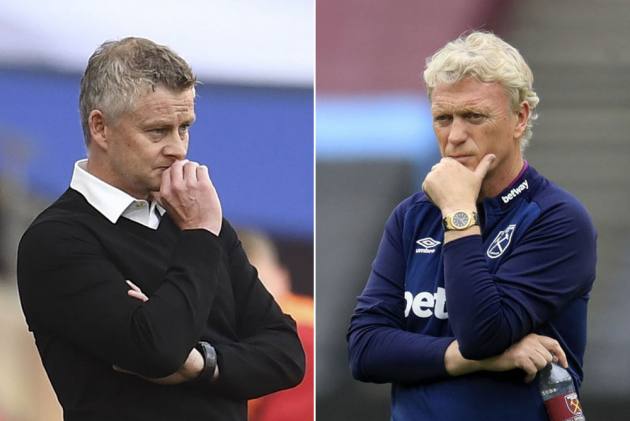 Moyes returns to his former club on Wednesday when his West Ham team face Solskjaer's Champions League-chasing side in the Premier League.

Seven years ago, Moyes was 'the chosen one', the man hired as Alex Ferguson's successor on a six-year contract, though he lasted only 10 months as United missed out on Champions League qualification for the first time in almost two decades.

After stints with Louis van Gaal and Jose Mourinho in charge, ex-United striker Solskjaer came back, initially on an interim basis, before being appointed permanently in March 2019.

United only finished sixth last season - and have remained outside the top four for much of this campaign - but Moyes believes Solskjaer is benefitting from a more patient approach from the club's hierarchy.

"It's a wonderful club and a brilliant place to be, and the biggest club in the world, for me," Moyes told reporters in his pre-match news conference.

"It's always a special place to go and I'm looking forward to going back.

"Ole had a difficult start, but the difference between Ole and me is that he's being given time.

"He's bringing players in from the academy, which Manchester United has always stood for. They've got some really exciting young players of their own now."

Since being axed by United, Moyes had spells with Real Sociedad, Sunderland and West Ham, and he returned to take charge of the Hammers again in December.

West Ham were only one point above the relegation zone at the time of Moyes' return but three wins in their previous five games has virtually assured them of safety.

"I've not read everything that's been said about David, but he's doing a fantastic job since they came back from the lockdown. You can see he's improved the team," Solskjaer said.

"David's a fantastic manager and I know it's going to be a very difficult game for us, they've had some fantastic wins against Norwich, Watford, Chelsea and they've secured their place now, he's doing a fantastic job."