Manchester United have kept faith with Ole Gunnar Solskjaer in a way Chelsea did not with Frank Lampard, which the Norwegian recognises 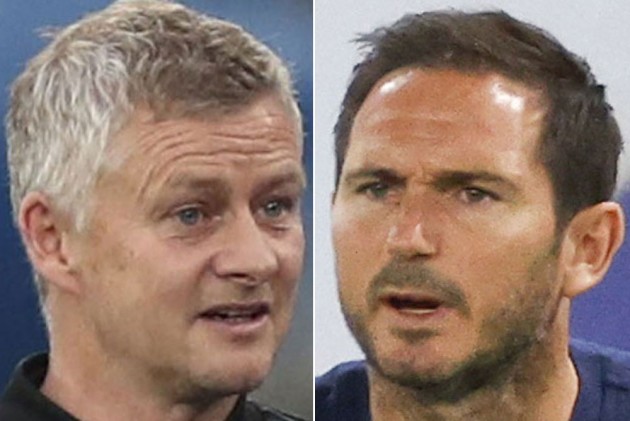 Ole Gunnar Solskjaer conceded he was grateful Manchester United had given him time after Chelsea took the decision to sack Frank Lampard. (More Football News)

United boss Solskjaer is now in his third year in charge at Old Trafford, though he is yet to discuss a new contract.

Having overcome some difficult periods, including a Champions League group-stage exit, his side lead the Premier League and knocked Liverpool out of the FA Cup with a 3-2 win on Sunday.

Chelsea are struggling down in ninth, but Solskjaer highlighted they had been challenging at the top last month and this was one of Lampard's only significant runs of bad form.

"I'm grateful for the patience because we have had two or three really bad spells of form," Solskjaer said when asked about the comparison between him and Lampard.

"We don't know what's going on behind the scenes at clubs. It is not for me to comment too much on that.

"I know Frank doesn't want any of us to feel sorry for him, with his character. I'm sure he will bounce back and have a very good managerial career.

"They just had one bad spell, not long ago they were top of the league. It's not many bad spells they have had so I'm a little bit surprised."

Ole: "We’re not getting carried away, we have to get consistency.

"We want to keep improving and carry on working as we do." #MUFC #MUNSHU pic.twitter.com/BGOUq9bEhY

Solskjaer has 18 months left on his contract and has not yet had discussions with United over a new deal, but he is in close communication with the club's hierarchy.

He added: "We haven't had any [contract] discussions yet. For me, just keep on doing my job as well as I can.

"We looked at the squad, the situation we were in, we put a long-term plan in place.

"We knew there would be some patchy periods and we had to stay strong mentally.

"I'm very grateful for the communication [with the club], which has been very open all the time. They have been strong and steady.

"We are not getting carried away. The two teams who have been top of the league the last few seasons [Liverpool and Manchester City] have been incredible. Consistency.

"We know this is only the start of something, we want to be competitive and keep on improving. Keep working as we do."

United are at home to Sheffield United in the Premier League on Wednesday.