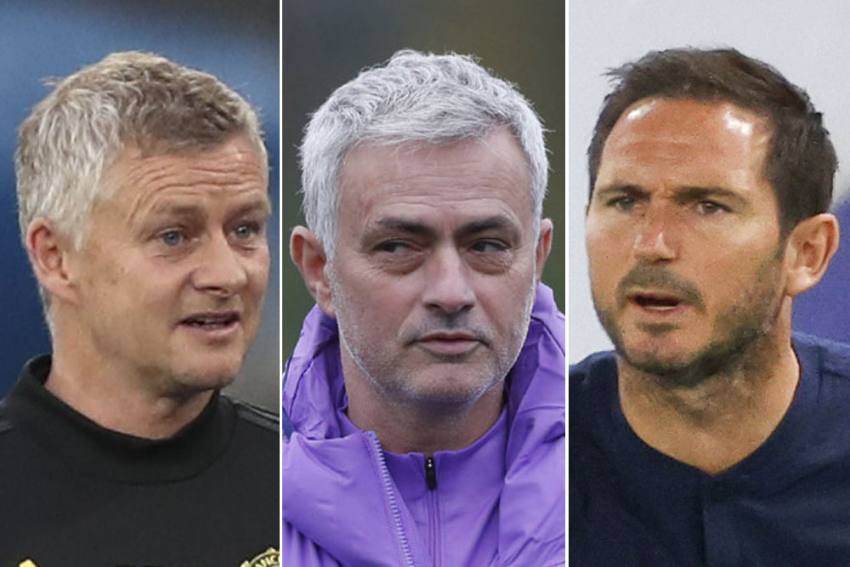 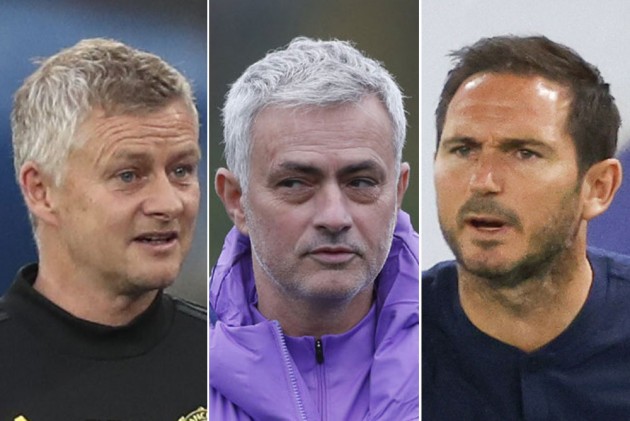 Ahead of the FA Cup semi-final meeting on Sunday, Chelsea head coach Lampard said that United have "got a few in their favour" when it comes to decisions during recent Premier League games, with Tottenham boss Mourinho also suggesting his old club had been "lucky".

United have been awarded 13 penalties in 2019-20, one short of a record for a Premier League season, the most recent of which was for a contentious foul on Bruno Fernandes in a 3-0 win at Aston Villa.

Thursday's 2-0 victory at Crystal Palace saw Victor Lindelof get away with a challenge on Wilfried Zaha in the penalty area, while Jordan Ayew had a goal disallowed for a marginal offside.

Solskjaer, though, says United have themselves been victims of questionable decisions, such as a late challenge by Oriol Romeu on Mason Greenwood that went unpunished in the 2-2 draw with Southampton.

The United manager pointed to "facts" about recent games, apparently in a reference to former Liverpool manager Rafael Benitez's famous rant about United and Alex Ferguson back in 2009, as he moved to dismiss attempts to create a "narrative" about VAR favouring his team.

13 - Manchester United have won 13 penalties in the Premier League this season; no team have ever been awarded more in a single campaign in the competition (also, Leicester in 2015-16 and Crystal Palace in 2004-05). Spotted. pic.twitter.com/V7S7L7DX2n

"How long have we got?" he said on Saturday. "I can sit here for hours now and try to talk about this. It looks like there's a narrative. It looks like people want to influence whoever's making the decisions.

"Talking about lucky, the penalty we got against Tottenham in the last minute that was taken away from us, that might be two points for us.

"Talking about the red card that Romeu should have had against us when he got Mason Greenwood almost crippled, that should've been a red card. Maybe that would've helped us.

"Talking about Mark Noble when he should have been sent off against us when we lost at West Ham [in September].

"Talking about the actual decision that is made that is against Man United but is overturned and corrected. So, it's actually me that should be complaining that we get decisions against us on the pitch by the on-field referee.

"There's a narrative there but we have to focus on our games. We let other people talk about that. I don't want to go too much into it because I might be in trouble. I hope I'm not now!

"I'm pretty relaxed on these and refs are going to be making objective decisions and are not going to be influenced by any emotion in any way."