France will play Belgium next Thursday. The winner will face either European Champion Italy or Spain in the final. 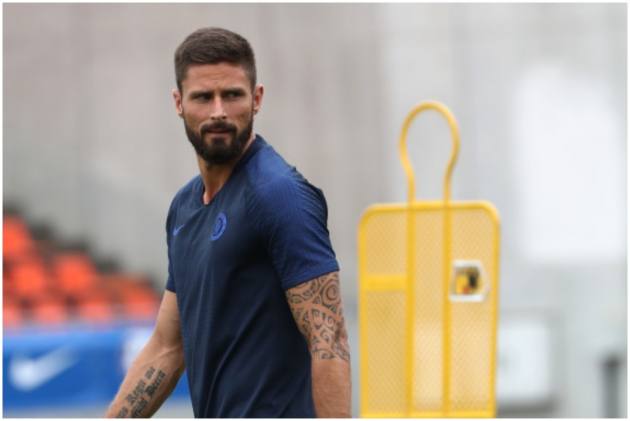 But he has fallen out of favor with Deschamps. The former Chelsea striker was also left out of the last squad and expressed his surprise last Sunday in a television interview, saying Deschamps had not informed him prior to announcing the roster.

Giroud has netted two goals in five games for his new club, AC Milan. Anthony Martial keeps his place despite not scoring in six games for Manchester United this season. But Martial did score in France's 1-1 draw at Ukraine in a 2022 World Cup qualifier in early September.

France play Belgium in the northern Italian city of Turin next Thursday with the winner facing either European Champion Italy or Spain in the final. Spain lost to Italy in the Euro 2020 semifinals in July.

A rare sight in soccer could see brothers Lucas Hernandez (Bayern Munich) and Theo Hernandez (AC Milan) line up together against Belgium in defense and midfield. “It hasn't happened for a long time, I think the last time was the Revelli brothers (Herve and Patrick) in the early 1970s,” Deschamps said.

“I won’t look at them as two brothers but as two players.” France beat Belgium in the 2018 World Cup semifinals on the way to winning the tournament for the second time. “They are one of the best sides in the world at the moment,” Deschamps said.