While PV Sindhu has been training in London for the last two months, Saina Nehwal was down with COVID-19 and has recently recovered from the dreaded disease 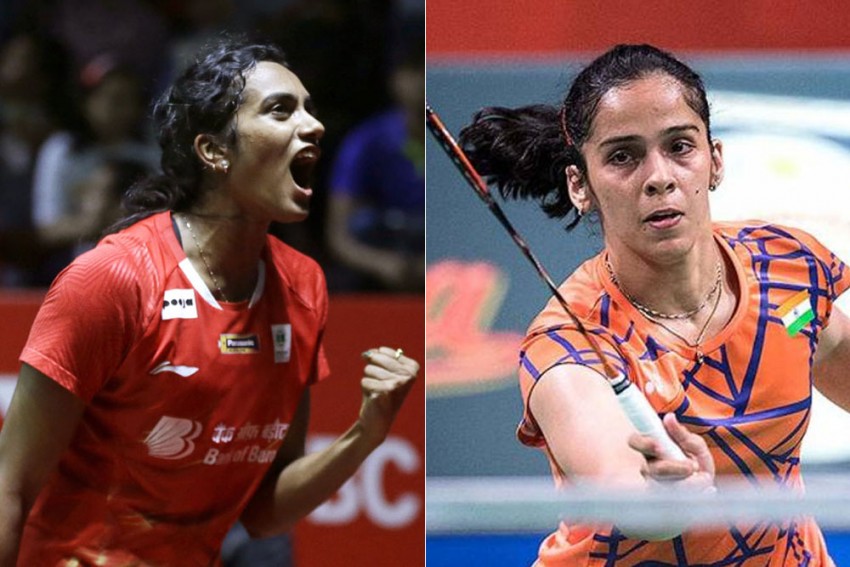 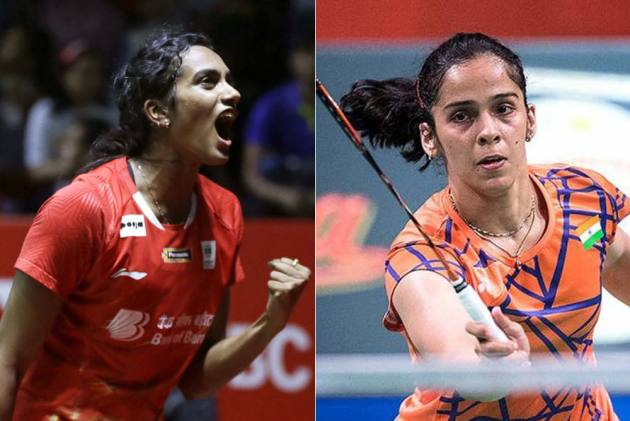 Nearly 10 months after COVID-19 disrupted the international calendar, star Indian shuttlers P V Sindhu and Saina Nehwal will return to competitive action in Yonex Thailand Open Super 1000 tournament starting on Tuesday, an event shorn of some sheen due to Japan and China's pullout from the Asia leg. (More Badminton News)

While Olympic silver-medallist Sindhu has been training in London for the last two months and would be keen to quickly find her rhythm, Saina was down with COVID-19 and has recently recovered from the dreaded disease.

She will look to test her fitness as badminton returns in a bio-secure bubble on Tuesday.

Sindhu and Saina didn't participate in Denmark Open Super 750 and SaarLorLux Super 100 -- the only two events which could be conducted after BWF was forced to suspend the calender at the end of the All England Championships in March.

One factor that will boost the chances of Indian shuttlers is the absence of the formidable Japanese and Chinese shuttlers who pulled out of the Asia legs.

While China had withdrawn after a surge of COVID-19 cases in Thailand, Japan pulled out at the last minute after world no.1 Kento Momota tested positive for COVID-19.

While it didn't affect world champion Sindhu as the sixth seeded will open against Denmark's Mia Blichfeldt, Saina, who was scheduled to face Japanese Nozomi Okuhara, will now take on unheralded Malaysian Kisona Selvaduray in the first round.

The 25-year-old Sindhu has a 3-0 record against Blichfeldt though it was a three-game affair the last time the two faced each other at Indonesia Open in 2019. A win is likely to pit Sindhu against another Danish player Line Hojmark Kjaersfeldt, whom she has also beaten thrice.

It could be an all-Indian affair if Saina too can weave successive wins.

Saina, who has slipped to world no 20, is expected to meet Thailand's world no.12 Busanan Ongbamrungphan, who has beaten the Indian in their last three meetings.

In men's singles, a total of seven Indians, including former world No. 1 Kidambi Srikanth, Olympic-bound B Sai Praneeth and H S Prannoy, will be participating in the event.

World No 14 Srikanth, who reached the quarterfinals at Denmark Open in October, will cross swords with fellow Indian Sourabh Verma in the opening round, while Praneeth, ranked 13th, will fight it out against local player Kantaphon Wangcharoen.

The Indian men's pairing of Satwiksairaj Rankireddy and Chirag Shetty, who have also qualified for the Tokyo Games, will face the Korean combination of Kim Gi Jung and Lee Yong Dae in the first event, the women's pair of Ashwini Ponnappa and N Sikki Reddy will take on fourth seeded Koreans Kim So Yeong and Kong Hee Yong.

In men's doubles, Manu Attri and B Sumeeth Reddy will square off against the local pair of Weeraphat Phakjarung and Wongsathorn Thongkham, while MR Arjun and Dhruv Kapila will fight it out with Malaysian combo of Ong Yew Sin and Teo Ee Yi.