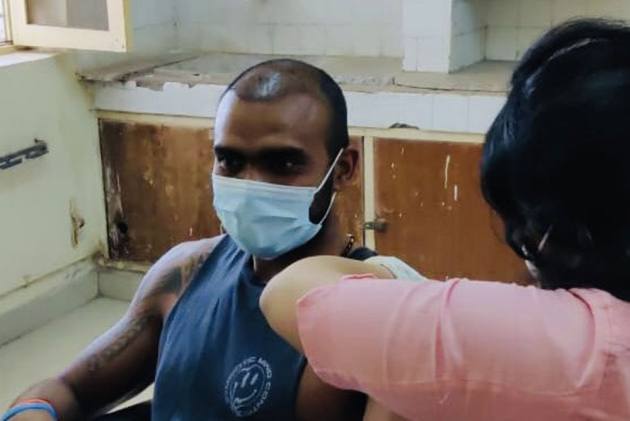 "I got my first shot covid-19 vaccine," Sreejesh, the men's team number one goalkeeper who has also led the team in the past, tweeted.

He was administered the covishield vaccine.

The players are currently undergoing a training camp at the Sports Authority of India (SAI) centre in Bengaluru.

All athletes bound for the upcoming Tokyo Olympics are supposed to be vaccinated on priority.

The players and support staff were asymptomatic and were placed under observation at the SAI centre.

Besides Rampal, the others who have been infected are Savita Punia, Sharmila Devi, Rajani, Navjot Kaur, Navneet Kaur and Sushila.

The men's national team this year made successful tours of Europe and Argentina, where they dominated the reigning Olympic champions during their Pro League matches as well as the practice games.

The women's core group returned to the national camp last Sunday to restart the preparations for the Tokyo Games after a 10-day break.

In January, the team toured Argentina where it played seven matches.

During its tour of Germany in February-March, the Indian women's team lost all its four matches against the world number three hosts.