Bach encouraged athletes to take solace in the knowledge that there will be billions watching around the globe. 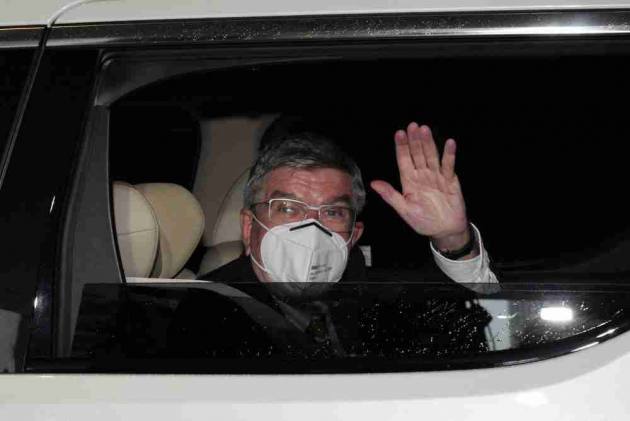 International Olympic Committee (IOC) President Thomas Bach arrived in Tokyo ahead of the Tokyo 2020 Olympic Games, which are scheduled to take place in the Japanese capital between 23rd July and 8th August. (More Sports News)

The Paralympic Games are between 24th August and 5th September.

A state of emergency in Tokyo will run throughout the Games, to combat coronavirus. Prime Minister Yoshihide Suga told reporters it would run from 12th July and remain in place until 22nd August.

Bach has delivered a message of support to athletes arriving in Japan for the games after it was confirmed no spectators will be allowed at venues due to the ongoing Covid-19 pandemic.

On announcement that there will be no spectators at Tokyo Olympic venues, he said, "We all regret this decision for not having spectators, for the spectators but even more so for the athletes, who will not be able to enjoy live, the Olympic atmosphere.

"So the athletes should also appreciate this feeling and should feel encouraged by this different, new form of support in unprecedented times."

Bach encouraged athletes to take solace in the knowledge that there will be billions watching around the globe.

Venues in Tokyo and other areas near the capital city will not be allowed to hold events with fans during the Games. But stadiums in the regions of Fukushima, Miyagi and Shizuoka will be permitted to have spectators up to 50 per cent of capacity and up to 10,000 people. (AP)