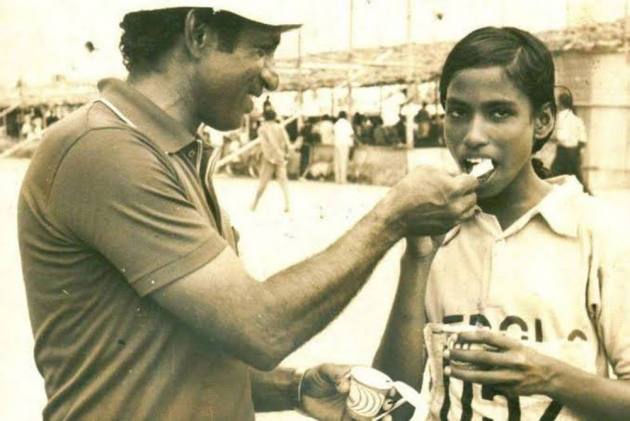 Nambiar is survived by his wife Leela, three sons and a daughter. He breathed his last at his residence in Vadakara, a coastal own in Kozhikode district.

One of the first Dronacharya Award winners and this year's Padma Shri awardee was hospitalized around a week ago, after which he was brought back home.

Usha said Nambiar, who was battling Parkinson's disease, had a heart attack 10 days ago.

Born in Kannur in 1932, Nambiar was a fine athlete during his college days at Guruvayurappan College in Kozhikode. He served the Indian Air Force for 15 years and retired in 1970 as a sergeant. He completed his coaching diplomas from the National Institute of Sports (NIS) in Patiala and started training the Services athletes.

She termed it a huge personal loss.

"It''s a huge loss for me. He was a father figure to me and my achievements would not have been there if he was not there. I met him only last week after Neeraj (Chopra) won gold in Olympics. He could understand what I was telling him but he could not speak," Usha told PTI.

"The passing of my guru, my coach, my guiding light is going to leave a void that can never be filled," PT Usha wrote on her Twitter. "Words cannot express his contribution to my life. Anguished by the grief. Will miss you OM Nambiar sir. RIP."

The passing of my guru, my coach, my guiding light is going to leave a void that can never be filled. Words cannot express his contribution to my life. Anguished by the grief. Will miss you OM Nambiar sir. RIP ðÂÂÂÂÂÂÂÂÂðÂÂÂÂÂÂ½ pic.twitter.com/01ia2KRWHO

"Nambiar Sir’s contribution to Indian athletics can never be forgotten. He groomed PT Usha and was her coach when she finished fourth in the 400m Hurdles in the Los Angeles Olympic Games in 1984 and later dominated the Asian scene. On behalf of the athletics community, I extend my heartfelt condolences to his family," AFI President Adille J. Sumariwalla said.

Nambiar worked with the Indian Air Force from 1955 to 1970 during that time he represented Services.

Later, he joined the Kerala Sports Council as a coach where he discovered PT Usha.

He was honoured with the Dronacharya award in 1985 and Padma Shri in 2021.