Omicron Scare: Delhi Police’s Hilarious Reply To A Cricket Fan On How To Clean Bowl COVID-19 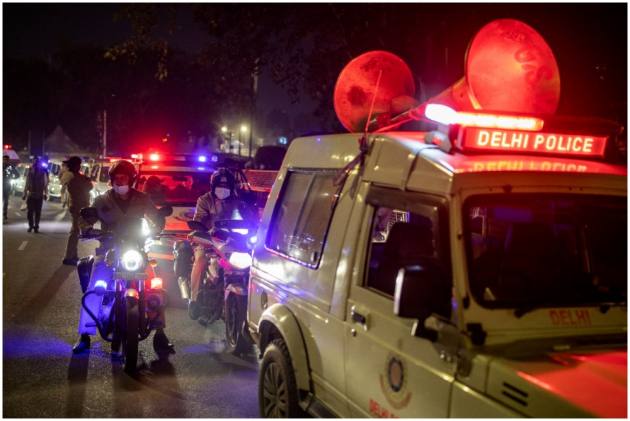 Cricket, without a doubt, is the most popular and loved game in India. Majority of the population watch the game at least, if they don’t play it. However, not everyone is as familiar with the nuances of cricket as the Delhi Police is and their latest social media reply to a user is a testimony to it. (More Cricket News)

Before we jump to what happened, let's know the context of the story. It started on a serious note but ended in a hilarious fashion, sending everyone in splits.

Taking cognizance of the latest spike in COVID-19 cases after the emergence of the Omicron variant, the Delhi government decided to put some restrictions to curb the effect of the virus and hence announced a weekend curfew early this week.

To make the latest restrictions clearer to the public, the Delhi Police even had a Q&A session regarding the curfew on Saturday and Sunday. This is when a seemingly cricket enthusiast asked a hilarious question. “Can we play cricket with social distancing and mask?” asked the fan.

However, it was the reply of Delhi Police that actually made the entire conversation hog the limelight. The beauty with which Delhi Police replied to the fan also shows their knowledge and grip of the game of cricket, apart from their humour.

That’s a ‘Silly Point’, Sir. It is time to take ‘Extra Cover’. Also, #DelhiPolice is good at ‘Catching’. https://t.co/tTPyrt4F5H

“That’s a ‘Silly Point’, Sir. It is time to take ‘Extra Cover’. Also, #DelhiPolice is good at ‘Catching’,” wrote the police. ‘Silly point’ and ‘extra cover’ are the fielding positions on a cricket field and the Delhi Police used it beautifully to answer the user.

Meanwhile, the word ‘catching’ was also used ironically, where the word reflected the common process of catching the ball in cricket but had a hidden meaning that said that police will nab those who are found breaking COVID norms put in place.

Some #CurfewFAQ queries we received have been answered below.

On the other hand, Delhi reported 20,181 new COVID-19 cases in the last 24 hours, alongside seven casualties due to the virus. According to reports on Sunday, there are 159632 new COVID cases in India and climbing. Delhi remains a hotspot.