Omicron? Manchester United Hit By Covid-19 Ahead Of Premier League 2021-22 Clash Vs Brentford

Manchester United were hit by Covid-19 after several players and staff members returned positive on Sunday. They were sent home and rest of the training was adjusted to individual and non-contact sessions. 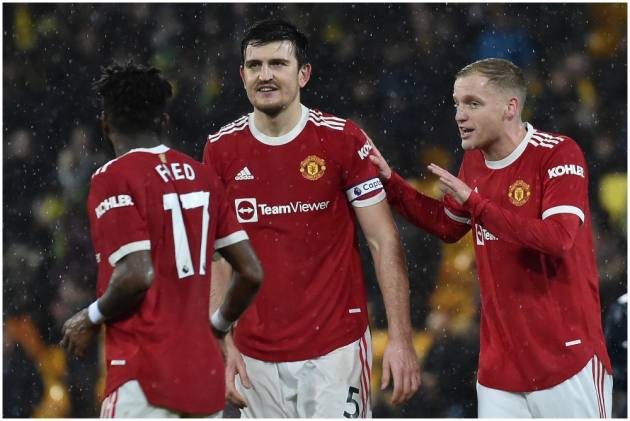 Some players and staff members at Manchester United reported positive tests for the coronavirus on Sunday. The people who tested positive were sent home before training and the Premier League was notified. (More Football News)

The rest of the squad trained and practice was adjusted to individual and non-contact sessions. Manchester United is scheduled to play Brentford in the Premier League 2021-22 on Tuesday. The virus outbreak also casts doubt on Manchester United’s game against Brentford.

Tottenham Hotspur had a coronavirus outbreak last week, forcing the postponement of two of its games — including a match at Brighton in the Premier League 2021-22. British newspaper The Sun was the first to report the positive tests at Manchester United.

In another case, the Championship fixture between Sheffield United’s and Queens Park Rangers on Monday at Bramall Lane had been postponed after several QPR members returned positive for coronavirus cases, leaving them with ‘insufficient numbers’.