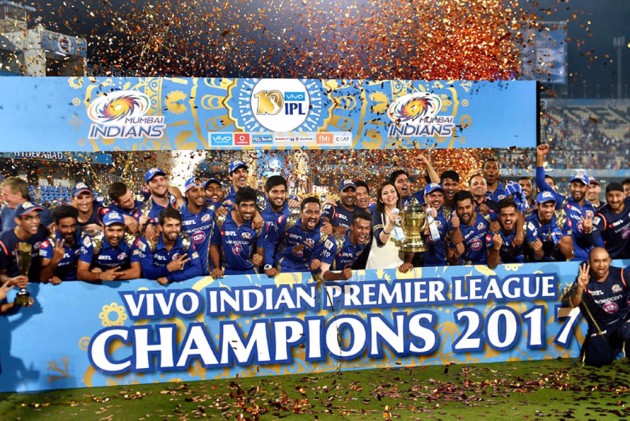 There is a strong cricket theme running through sporting history on May 21 – as well as an unforgettable outing for Manchester United. (More Sports News)

Saeed Anwar dazzled during a stunning innings for Pakistan that put him in the one-day record books, while the date is also notable in the history of Indian Premier League franchise Mumbai Indians.

As for United, they were crowned champions of Europe for a third time in their history, but only after battling back from the brink to beat familiar foes in a dramatic final.

Anwar set an ODI record as he thrashed India's attack around Chennai, the opener making 194 from just 146 deliveries.

The left-hander hit 22 fours and five sixes – including three in a row off leg-spinner Anil Kumble – as he contributed the majority of Pakistan's final total of 327-5 in the Independence Cup fixture. The next highest score in the innings? 39.

Sachin Tendulkar eventually dismissed the centurion with the score on 297, though he made just four with the bat in India's unsuccessful reply. Despite a hundred for Rahul Dravid, they were bowled out for 292 to lose by 35 runs.

Anwar sat at the top of the highest scores list alone for 12 years until Zimbabwe's Charles Coventry matched his effort. However, in February 2010, Tendulkar set a new benchmark when he became the first batsman to score a double century in a one-dayer, doing so against South Africa.

2008 – Red Devils hit the spot to be crowned European champions

Moscow staged an all-Premier League final with a dramatic twist, with Chelsea missing their chance before United sealed glory.

Cristiano Ronaldo scored the opening goal for the Red Devils when he headed past Petr Cech, but Chelsea levelled before the break when Frank Lampard reacted quickly to a deflection to score.

29/10 - On this day in 1970, Edwin van der Sar was born, the Dutchman is the only goalkeeper to have played in a European Cup/Champions League final in three different decades. Endurance. pic.twitter.com/tNlaIESJuQ

There were no further goals in the remainder of the 90 minutes or extra time, meaning spot-kicks were required. Ronaldo was surprisingly the first to miss, meaning John Terry had the chance to seal victory with the Blues' fifth effort.

Yet the Chelsea skipper crucially slipped and lost his footing at the point of contact, sending his strike against a post. Into sudden-death kicks it went and, with the score at 6-5, Edwin van der Sar guessed correctly to deny Nicolas Anelka and secure the trophy in the Russian capital.

Mumbai Indians claimed a third IPL title thanks to a thrilling one-run victory over the now-defunct Rising Pune Supergiant in Hyderabad.

The eventual champions slipped to 65-5 in their innings but Krunal Pandya led a lower-order recovery, making 47 to get his side up to 129-8. Pune reached 98-2 in reply but despite a half-century from Steve Smith, came up agonisingly short.

After a late collapse left them needing 11 off the last over, they lost two wickets off as many deliveries at the start as Mitchell Johnson held his nerve with the game – and the trophy – on the line.

Needing four off the final ball to win (and three to tie to force a Super Over), Dan Christian was only able to pick up two as Washington Sundar was run out.