On This Day In Sport, May 28: Prati Hat-trick Seals European Cup For Milan, Tearful Totti Bows Out

It was an emotional day as Francesco Totti played his last game three years ago and Pierino Prati was AC Milan's hero on May 28, 1969 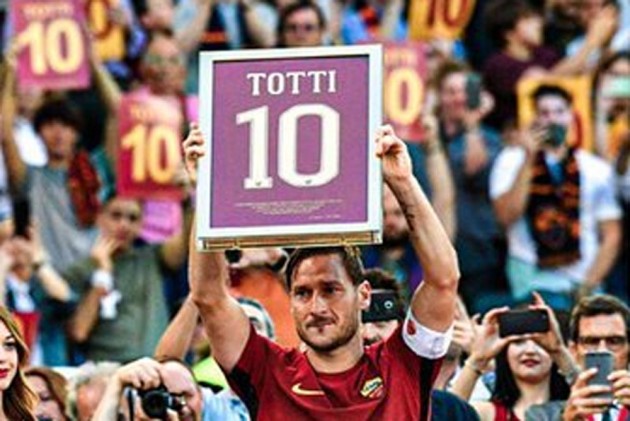 Pierino Prati scored a hat-trick as AC Milan won the European Cup in 1969 and Francesco Totti played the final match of his career on this day three years ago. (More Sports News)

May 28 will always be a special date in Milan's history, with Prati the hero in a 4-1 defeat of Johan Cruyff's Ajax at the Santiago Bernabeu.

A tearful Totti said his goodbyes after 25 years with Roma, fittingly bowing out with a Serie A victory over Genoa and it is 23 years since Borussia Dortmund won the Champions League.

There was also a day to remember for Klay Thompson in 2016, when he set an NBA playoff record for three-pointers in a match to keep the Golden State Warriors' season alive.

The clinical forward was on target with a header, a venomous strike from outside the penalty and an opportunistic finish as the great Cruyff was upstaged.

Angelo Sormani also found the back of the net for the Rossoneri as they lifted the famous trophy for a second time.

Prati, Puskas and Di Stefano remain the only three men to have scored hat-tricks in the biggest match in European football.

Germany striker Karl-Heinz Riedle put the Bundesliga side in charge with a quickfire first-half brace, turning in from close range before heading beyond Angelo Peruzzi.

Juve had a goal disallowed before Alessandro Del Piero pulled one back with a sublime backheel.

Dortmund-born substitute Lars Ricken magnificently restored the two-goal cushion with his first touch and there was no way back for Juve as Ottmar Hitzfeld's side celebrated their finest hour at the home of rivals Bayern Munich.

The Golden State Warriors needed their stars to step up when they faced the Oklahoma City Thunder in Game 6 of the Western Conference Finals.

They had pegged the Thunder's series lead back to 3-2 with a victory two days earlier and had to win again in Oklahoma City in order to force a decider.

It was Thompson who starred to silence the Thunder fans, on target with a playoff record 11 attempts from behind the line and finishing with a 41-point haul.

The defending champions went on to win the final match of the series but went down 4-3 to the Cleveland Cavaliers in the Finals.

After a quarter of a century in the famous colours of Roma, the time finally came for Totti to bow out three years ago.

The one-club man was given a magnificent send-off from the fans who watched him captain his boyhood club for as many as 18 years.

Forward Totti, a World Cup winner with Italy in 2006, scored 307 goals in 786 games for the Eternal City giants.

Totti came off the bench to a standing ovation in his swansong versus Genoa and Diego Perotti's last-gasp strike snatched a 3-2 victory to secure second spot and a place in the group stage of the Champions League.