Once Hit For 4 Sixes By Zaheer Khan, Zimbabwe's Henry Olonga Will Bowl You Over With His Singing

Olonga was the first black cricketer to represent Zimbabwe and, in an international career lasting 5 years, Indian fans remember him for two matches, at least. 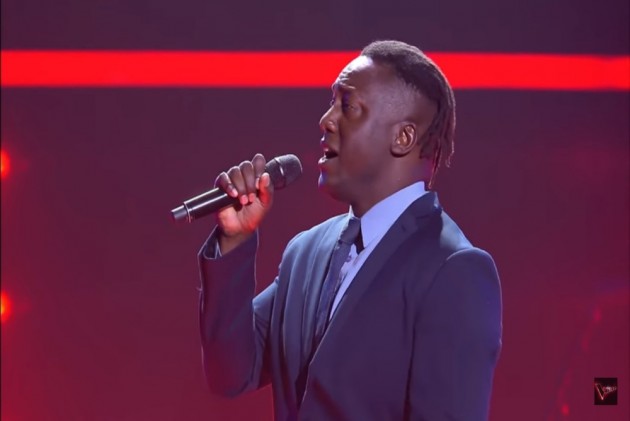 Henry Olonga, the former Zimbabwe fast bowler, who slipped into oblivion after his premature retirement from international cricket in 2003, is back in the spotlight, and this time for completely different talent.

On May 27, Monday, Olonga auditioned "The Voice Australia". Olonga entered the stage, dressed in a blue suit, and took just 11 seconds to wow the audience.

Olonga performed Anthony Warlow's "This is the moment," impressing the judges whose instant reaction was "beautiful". And 30 seconds into his performance, one of the judges pressed the red button on the desk to express her willingness to include Olonga in her team.

The former fast bowler, by the end of his minute-and-a-half-long performance, had the crowd on their feet who cheered and showered love on him.

"Music is special to me because I sang as a soloist in the choir every term of my schooling. It became a very important part of my education," he said.

"I've been singing a lot of music since I retired from my previous career,' he said. 'I just wanna sing now. Just sing."

Olonga has also qualified for the next round of the competition.

Taking to Twitter after his performance, he wrote: "What a privilege to be able to sing on this amazing stage."

"It is a far cry from my former life and thank you to England and Australia for adopting me as one of their own and allowing me to explore new horizons," he said.

Olonga had represented Zimbabwe in 30 tests and 50 ODIs. He was the first black cricketer to represent Zimbabwe and, in an international career lasting 5 years, Indian fans remember him for two matches, at least.

In 1998, in the final game of the triangular series at Sharjah, Sachin Tendulkar played a blistering knock of 124 runs off 92 balls, hitting Zimbabwe bowlers all around the park. But one particular bowler who fell prey to Sachin's aggression was Henry Olonga, giving away 50 runs in 6 overs.

The other occasion when Olonga was once again at the receiving end was in the 3rd ODI against India at Jodhpur in December 2000. India were struggling to get a respectable total and fast bowler Zaheer Khan was at the crease. Khan hit Olonga for 4 sixes in the last over, taking the team total to 282.

In the ICC Cricket World Cup, 2003 Olonga, along with his teammate Andy Flower, sported a black ban protesting against Robert Mugabe, the then President of Zimbabwe.

That turned out to be the last game for the right-arm fast bowler. After receiving death threats, Olonga moved to England before settling in Australia.

And it's his adopted country Australia from where the former Zimbabwe star has once again emerged in a completely different avatar.