On the final day of the league phase, India posted wins over Hungary and Moldova before sharing honours with Slovenia 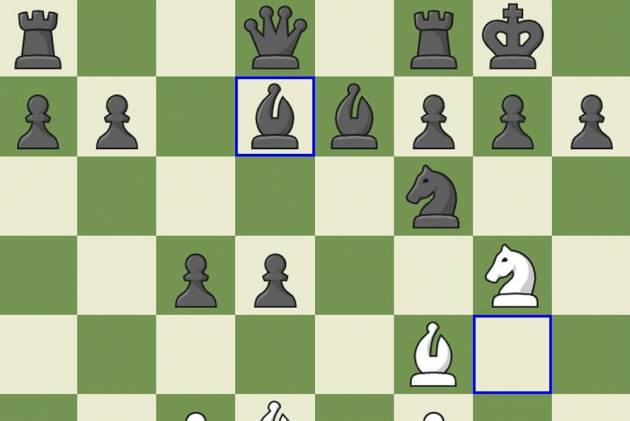 India on Friday sailed into the quarterfinals of the Fide Online Chess Olympiad, topping Pool B in the Top Division with an unbeaten record. (More Sports News)

On the final day of the league phase, India posted wins over Hungary and Moldova before sharing honours with Slovenia.

The team led by former world champion Viswanathan Anand finished with seven wins and two draws for 16 points to emerge clear winner ahead of Hungary (15). The top two teams from the group advance to the play-offs.

A team gets two points for a win and 1 point for a draw.

India started the day with a convincing 4-2 win over close rival Hungary in the seventh round with victories coming from Anand, Koneru Humpy, the top women's player and Nihal Sarin. P Harikrishna went down to Imre Balog while D Harika and R Vaishali settled for draws.

In the eighth round, India chose to rest Anand, Humpy and Harika but had no problems routing Moldova 5-1. Vidit Gujrathi, Tania Sachdev, Bhakti Kulkarni and the talented young R Praggnanandhaa posted wins while B Adhiban and B Savitha Shri settled for draws.

With the top spot assured in the pool with a round to go, India was held to a 3-3 draw by a fighting Slovenia.

Only Vidit Gujrathi and Praggnanandhaa could record wins while the Slovenians Teja Vidic and Zala Urh turned the tables on Bhakti Kulkarni and Savitha Shri to help the team bounce back in the ninth and final round of the preliminary phase.

The experienced Harikrishna managed a draw against Jure Skoberne to help India escape with a draw and maintain its unbeaten record.

The quarterfinals will be held on September 13 after a two-day break.