Like in the first two editions, shooters will participate in the championship by logging on to the Zoom platform from their respective locations and shoot electronic targets set up in their houses 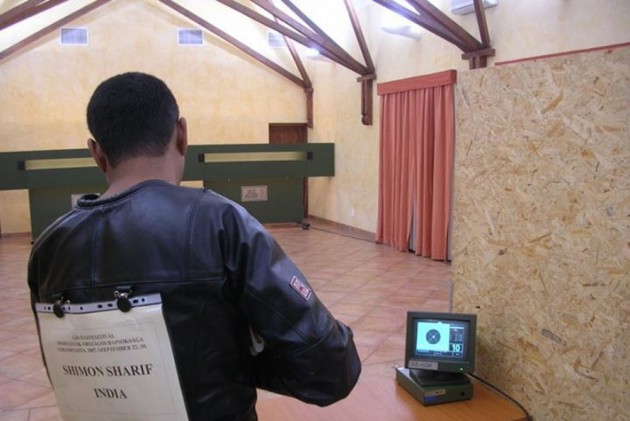 Emboldened by success in the first two editions, the third international online shooting championship is set to get bigger with the number of participants doubled from 50 to 100 shooters.

The championship will be played on May 9.

Like in the first two editions, shooters will participate in the championship by logging on to the Zoom platform from their respective locations and shoot electronic targets set up in their houses, the screen for which will be shared for the scores to be marked.

The competition will be live-streamed on the internet and prominent Indian international coaches will join in through video chats.

"Having organised it successfully the first two championships, I am now confident of increasing the number of participants in the third tournament. But it will not go beyond 100 for now," said Shimon Sharif, the brain behind the initiative.

A former India shooter, Sharif has earned plaudits from shooters for his initiative at a time when the world is under lockdown due to the COVID-19 pandemic.

The nationwide lockdown in India has been extended to May 17 and Sharif said the plan is to hold the championship every 15 days until the situation returns to normalcy.

Sharif has largely succeeded in incorporating every possible real-life element to make the tournament as interesting and competitive as possible.

An electronic target setup, beside a mobile phone with internet connection, is all the shooters require to compete in the championship.

While the inaugural edition featured only the qualifications, Sharif included a 24-shot final for both 10m air rifle and 10m air pistol events in the second championship.

Lucy Evans, who came third in the last competition, had tweeted, "Once again grateful for the opportunity to compete in a virtual online championship (+ a final this time!). Thank you to all @indianshooting for organising."

After the COVID-19 pandemic led to either cancellation or postponement of all shooting events, including the ISSF World Cups, the online championship has generated a good amount of interest.