Avishka Fernando scored 104 against a quality West Indies attack. Mahela Jayawardene says he is the future of Sri Lankan cricket 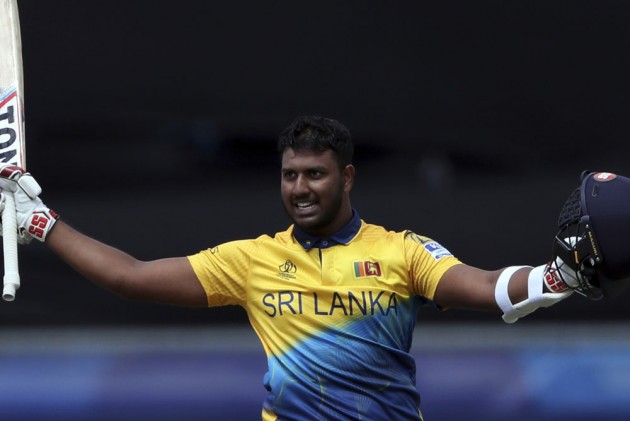 Sri Lanka needed some inspiration from this ICC Men’s Cricket World Cup 2019 to build from and take us forward into the next four years. Avishka Fernando just provided it.

His 104 against the West Indies was an incredible innings and he showed to the world that we have something to rally around leading into the next tournament.

It has been a tough couple of years for Sri Lanka but we have learned our lessons. It is important that we plan around a group of players who will be there for the next four years and I think Avishka has shown he has to be a big part of that.

I was very impressed from the first game that he played against England a couple of weeks ago, he came in changed the tempo right from the start in what proved to be a vital innings. His knock here won’t come as a surprise to many people in Sri Lanka. It has been obvious from the beginning that he has a lot of talent.

Avishka showed character. He was aggressive and played with intent, refusing to shy away from the West Indies pacey attack. It was gutsy. He will take a lot of confidence from this and he has now proven to himself that he can go on and do it on the international stage.

I first spotted him at U19s but then all of a sudden he was chucked in against Australia and the might of Mitchell Starc and Pat Cummins before even playing a first-class match.

Avishka was just 18 at the time, perhaps it was a bit early for him, but he went away for a year and has come back stronger. Admittedly, he has struggled with consistency but the selectors have always had faith.

I thought he might start the tournament but the selectors understandably went with experience. But at this tournament has progressed, it’s been clear we have needed a spark. And there is it.

Saturday marks Sri Lanka’s final game in this tournament but it certainly won’t be the last for opponents India. They have been consistent throughout and will challenge strongly for the trophy. Their spinners, despite being beaten up a bit by England, have been excellent and I think their batting line-up is as strong as anything else out there.

Rohit Sharma and Virat Kohli are in excellent form. Sharma has four centuries and, although Kohli is yet to reach three figures, he won’ be too frustrated. He knows he is playing well, with five straight fifties to his name.

Early-tournament form only gets you so far and India will know it will all start for them again in the semi-finals should they, as expected, be there.

Everything you have done up to there must be left aside. You need to execute two big games to win but the signs are good for both India and Australia.

It’s going to be a brilliant last week of cricket.