New Zealand are playing in their second successive final but have never won the ICC Cricket World Cup. Daniel Vettori played in the last World Cup final that NZ lost by eight wickets vs Australia 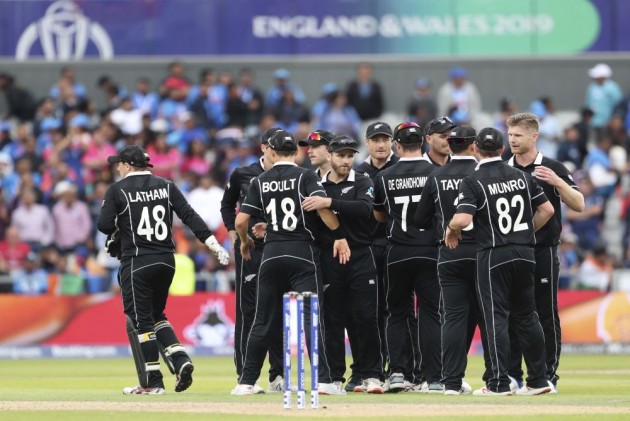 Both teams will be very excited about reaching the World Cup final, and the crowning of a first-time winner makes it extra special. They’ve both reached finals, New Zealand at the last edition four years ago and England back in 1992, but one of these teams getting across the line for the first time is going to be really exciting. (2019 WORLD CUP FULL COVERAGE)

Sri Lanka in 1996 were the last first-time winner – that win swept the country and I think it would be exactly the same for New Zealand.

ALSO READ: ENG, NZ A Win Away From Immortality

As a country we're very passionate about our cricket, it's the summer sport and there will be some real emotion from around the team, from supporters who have been so loyal for so long.

ALSO READ: Road To Lord's - How New Zealand And England Made It To Final

New Zealand really likes their team, they have for a while but the way that Kane Williamson leads, the skill that he has alongside with Ross Taylor, they're a really likeable group of guys and that goes a long way to making them more and more popular.

That level of adulation will only go up if they manage to win.

It's a 50-50 game and that's how both teams will view it. Virat Kohli said earlier in the tournament that if a team plays well, they can beat anyone and if they don't, anyone can beat them.

Both captains will view it that way, the two have immense respect for each other and there will be lots of camaraderie between the sides. They play in a similar spirit and, whatever the result, it will be a great showcase for the game of cricket.

There's a real enjoyment about being in a final, just being there means you've had a really good competition and so you have a chance to celebrate that.

It's a nice way to go into the game, and the way Eoin Morgan and Kane Williamson are approaching it, you can tell they're confident while being respectful about their opposition and how well they can play. It’s a chance to watch too really great leaders.

Kane Williamson inherited from Brendon McCullum and put his stamp on things – he and Morgan lead in a similar way, they read the game exceptionally way and you enjoy sitting back and watching them.

They both have the skill and the initiative to think on their feet and we've seen them at their bests in the past couple of games.

Both will admit that you become a good captain when you have a good bowling attack, which they both have, but they'll utilise that group to the best way they can.

These two have probably been the best captains in this tournament and it's fitting to see them face each other in the final.

Six members of New Zealand's squad have played in a World Cup final before and that's going to be vital for the team's chances. Williamson, Taylor and Martin Guptill were there in 2015, so to have three of the top four batters knowing what it's like is really key, particularly with the experience they possess.

They can replay what they went through four years ago, the emotion and experience is very unique, and there are very few people who get to play in back-to-back World Cup finals.

The top order is going to be so important to face the challenge of Chris Woakes and Jofra Archer who have been almost impeccable in their last three or four games.

That will go a long way in deciding the game, how New Zealand can start and how they can counter, and having that experience in there is so important.

It will hold them in really good stead, they've dealt with it all before.

But it's not just the batsmen, Trent Boult, Matt Henry and Tim Southee were there in Melbourne, the core members of the side have been there before and faced that challenge.

Both teams will be confident and rightly so, they've both shown they can fight their way through difficulty so hopefully it's all set up for a really fantastic match at Lord’s.