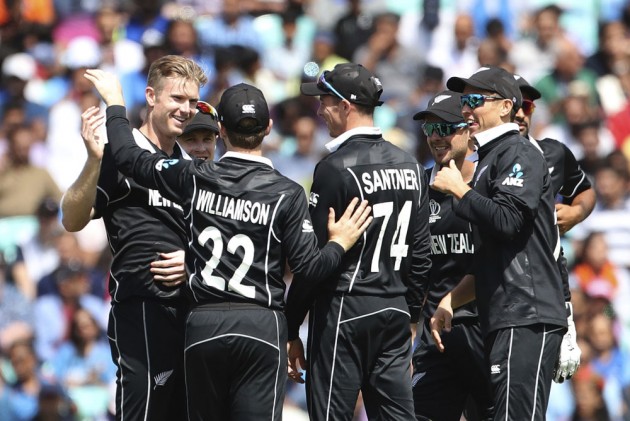 I still definitely feel that this New Zealand side can make history and win it all. Two losses at this stage will be tough to take but they have been so good for so long and have so many experienced players that I am sure they will pull through.

It is a bit tighter now, but I still think they will feel pretty confident. Even if every result goes against them, their net run rate should still put them into the semi-finals.

The nature of this New Zealand team for an extended period of time now has been to stay pretty constant, to not panic. They will understand that they have played some really good cricket in this tournament.

They have only lost two games, and those were against two teams that have played some very good cricket. The only question mark for them will be the surfaces they were playing on. It looks like across the board the surfaces are getting lower and slower.

That makes it more difficult for batting and those partnerships are going to become more important, I am sure that will be a big focus against England. They will need to call on all their nous to get through against the hosts.

But even if they don’t win against England and go through via net run rate, or other results going their way, I still think they will walk into the semi-finals thinking they can beat anyone on their day.

Kane Williamson has obviously been the class act with the bat, but it is too easy to say we have become reliant on him. Guys like Ross Taylor and Martin Guptill have been too good for too long to be overlooked like that.

Taylor, in particular, cannot be ignored, he is a fantastic player and his record has been amazing for an extended period of time now. These are too high-quality batsmen, two consistent and proven performers who they can rely on.

Along with Kane, those three are the key for the game against New Zealand and the rest of the batsmen need to be complementary pieces.

It is about partnership batting, building an innings and understanding what a par score is.

That is what Usman Khawaja and Alex Carey did so well for Australia at Lord’s and New Zealand would do well to learn from them.

The bowling unit has looked pretty good though. Bringing in Ish Sodhi was a big call but I think it was the right one and even Kane bowled quite a lot. The bowlers have done a great job, and the wickets have assisted that.

However, Trent (Boult) is the sort of bowler for whom the surface is irrelevant really. He sometimes bowls well and doesn’t take wickets, and I think that’s what was happening in the early stage of the tournament, but in the last few games, you have seen him at his wicket-taking best.

You saw how successful and how skilled he is at the death overs and he will be a proper threat at the back end of this World Cup.

Fair play to Australia, you can see they are a confident side.

Those series wins against India and Pakistan before the World Cup boosted morale and when you are bringing guys like David Warner and Steve Smith, with all the experience and success that they have had, into a winning team it is always going to be a potent combination.

At the start of the tournament they maybe hadn’t quite found their balance – but with Marcus Stoinis back fit, and with Nathan Lyon and Jason Behrendorff completing the bowling attack, I think they have found an XI they are happy with.

But for all Australia’s brilliance, India remain my favourites to win it all. They are a team that can not only survive but thrive in these conditions. They understand how to bat on these slower wickets.

And, more than any other team, they have four strike bowlers they can call on – they look the most complete team and will be tough to stop.