Rohit Sharma, in Shikhar Dhawan's absence, has given India the right starts in this World Cup and has taken a big load off Virat Kohli, says Srikkanth. 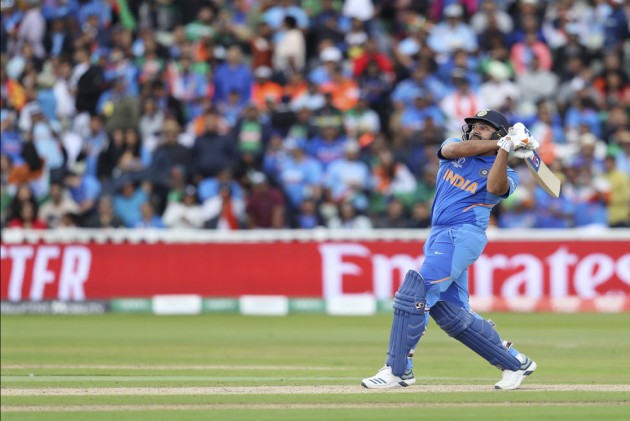 What more is there to say about Rohit Sharma? He has been simply incredible in this World Cup. Four amazing centuries in a single ICC Men’s Cricket World Cup is remarkable. He is now level with Kumar Sangakkara for the most-ever in a single World Cup, and I thought he was exceptional against Bangladesh.

You cannot ask for anything more from an opening batsman. Rohit Sharma knows when to attack and when to build an innings more conservatively. Against Bangladesh, he was aggressive from the start and his 104 really gave India the momentum early on. Contrast that with the hundred he scored against South Africa in the first game, two completely different innings, but equally as important.

The determination and willpower is incredible. Opening in a World Cup is so important and he has taken on the responsibility when the team needed it. The way he has stepped up since Shikhar Dhawan’s injury is crucial for India, and I’ve been impressed by KL Rahul as well.

Rahul got a couple of good starts, but he went on and made 77 against Bangladesh and I’m sure a hundred is just around the corner. He looks to be gaining in confidence and is becoming another important player at the top of the order.

The great thing about the win over Bangladesh was that it was not just relying on one man. This game, and much of the tournament has been about teamwork for India.

Yes, Rohit Sharma scored a century and was deservedly player of the match, but everyone chipped in and played their part.

I think India are in a really good position, and the main reason for that is the burden on Rohit and Virat at the top of the order has been reduced. We have seen other players, like Rahul and Pant step up, and that will be important going forwards.

The same applies to the bowlers, they all played their part, with Jasprit Bumrah finishing things off in style.

It was interesting to see them go with Bhuvneshwar Kumar in place of Kuldeep Yadav, but that may have been down to how good Bangladesh are against spin.

Bhuvi bowled very well, so he rewarded the decision to give him a go. The management have been clear that it was a horses for courses selection so I wouldn’t be surprised to see Kuldeep back involved in the semi-final.

The good news now for India is that they are in those semi-finals. They have a final game against Sri Lanka where they will be looking to get everything right before the knockout stages.

That game could also be decisive in the race for the top seed, depending on what Australia do against South Africa.

I also want to give some credit to Bangladesh, who I felt were really good in this game.

They kept fighting until the end even though chasing 317 is a big ask, and showed a great deal of spirit against a good India side.

Perhaps they are a little too reliant on Shakib Al Hasan and Mushfiqur Rahim, but it really feels like they have evolved as a team.

India were pushed all the way, and that is where those little contributions from the whole team made the difference.