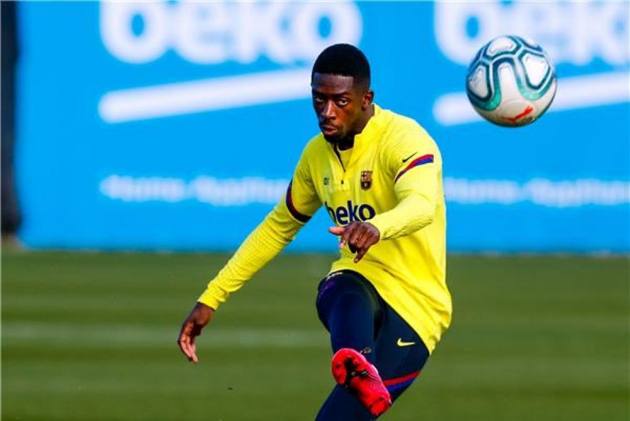 Barcelona have Ousmane Dembele fit again for their Champions League quarter-final against Bayern Munich, with coach Quique Setien confident his side can hold their own. (More Football News)

Winger Dembele has been out since November after rupturing his thigh muscle but is in line for a long-awaited return in Lisbon on Friday.

Setien told a pre-match news conference: "We have arrived in good spirits. This is the game we are waiting for. We have prepared well.

"It is a satisfaction for all of us that Dembele is in the squad and I think he will be in a position to participate for a few minutes if we consider it appropriate.

"We are excited that he can play and get it right."

Bayern look well placed to go all the way in the competition, having romped to a domestic double in Germany and swept Chelsea aside in their previous European tie.

Barca, on the other hand, lost their LaLiga title to rivals Real Madrid and have struggled to convince in recent months.

Lisbon
We have arrived! pic.twitter.com/PNeFvBwO34

But Setien remains positive of their chances, saying: "Of course, we are convinced we can go through.

ALSO READ: Barca Are More Dependent On Messi Than Ever - Schuster

"We know the potential of the opponent, their numbers and their capacity, with extraordinary potential, but we have that, too.

"I think it will be an even game. We have a lot to say in this game."

The coach is keen to ensure Lionel Messi is not left to do the job alone, however, even if he is highly likely to play a key role.

"Leo can help win the game, obviously, but I have always believed in the strength of the team," Setien said.

"We will have to assist Leo because both Messi, like any other outstanding player, is weaker without the strength of the team."